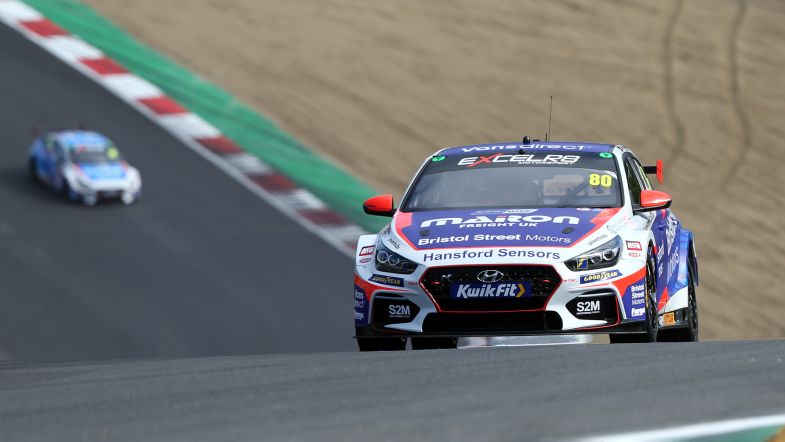 Tom Ingram emerged with the quickest time as the British Touring Car Championship field hit the track for the first time at Brands Hatch ahead of round two of the season.

Despite having no hybrid available going into the weekend as championship leader, the EXCELR8 Motorsport driver led the way in a session that saw the top five covered by just a tenth of a second.

Ingram’s fastest time – which made him one of 17 drivers to go below the existing lap record – came mid-way through the session and was good enough to see him edge the BMW of Adam Morgan out of top spot by just 0.028s.

Morgan also ran without hybrid in the session but was able to head the rear-wheel drive cars with a lap 0.012s quicker than Stephen Jelley in the first of the WSR-run entries.

Gordon Shedden was fourth quickest in his Honda ahead of the first of the BTC Racing Civics in the hands of Josh Cook, with the top six then rounded out by Jake Hill.

It meant five of the top six cars – the exception being Jelley – are running with limited amounts of hybrid going into the weekend.

Colin Turkington was seventh quickest ahead of Jason Plato – who jumped into the top eight on his final lap – with Rory Butcher and Ash Hand rounding out the top te.

All 29 cars were able to take to the track, with debutant Will Powell 28th fastest.