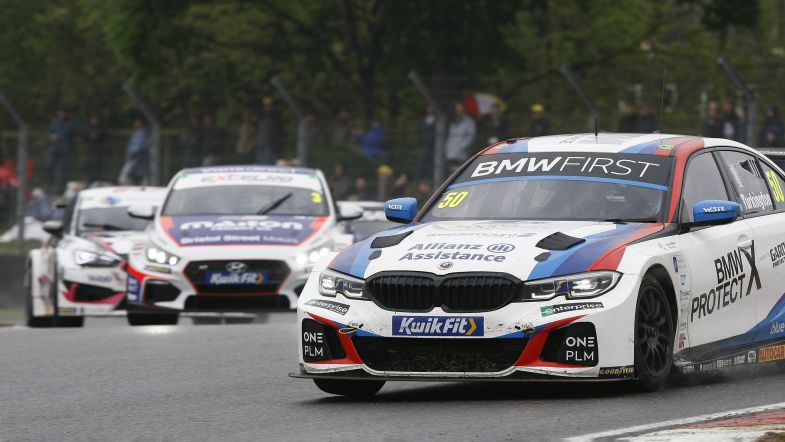 Colin Turkington insisted he was pleased to secure his first victory of the BTCC season after taking top honours in the final race of the weekend at brands Hatch.

The West Surrey racing driver had qualified on pole position in Saturday’s dry conditions but then found the going tough on race day when rain arrived at the Kent circuit on Sunday morning.

The opening race of the weekend would see the BMWs struggle for Paice as Turkington slipped back down the order to finish in P5 whilst he lost further ground in race two as he took the finish in tenth.

However, the reverse grid finale saw Turkington quickly work his way to the front and despite a late safety car that bagged up the field behind, the Northern Irishman picked up his first win of the campaign ahead of team-mate Jake Hill in a WSR 1-2.

“It hasn’t been an easy day, but it feels an awful lot better when you can end it with a win,” he said. “Yesterday we had fully-dry conditions and I was on pole and today in fully-wet conditions I won. It’s the in-between weather that doesn’t allow us to exploit the BMW fully and unfortunately, we had that in two races today.

“Clearways, in particular, was a problem all day because there was no grip, but when it rained properly the grip was there and it just transformed the day, and the team had done a really good job working on the set-up across the day to get me more comfortable. It’s great to get my first win of the year and we’ll try and push on from this at the next round.”