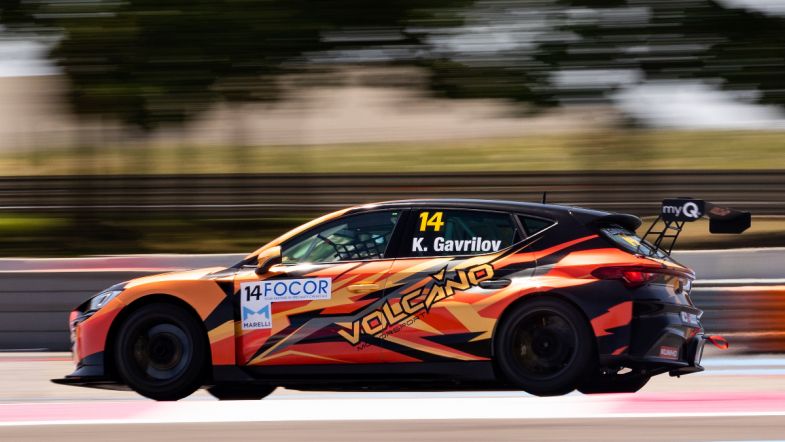 Girolami was later than most to leave the pits in the late afternoon session, but he was immediately up to speed as his first flying lap – a 2:12.828 – was not only enough to put the Comtoyou Racing driver straight to the top of the timesheet but also keep him there until the final five minutes of practice.

A 2:12.787 lap put Gavrilov’s CUPRA Leon Competición TCR ahead of the Audi RS 3 LMS TCR by 0.041 seconds, with the pair almost three tenths clear of Halder Motorsport’s third-placed Jack Young who was first to the top of the times courtesy of winning the race out of pitlane in his Honda Civic Type R FK7 TCR.

After that it was free practice one pacesetter John Filippi who went fastest prior to Girolami heading out on track, but like Girolami the Sébastien Loeb Racing driver struggled to find more pace after that and only improved by 0.087 seconds in his CUPRA with his subsequent efforts, leaving him down in 10th place.

Two drivers who were able to improve during their second runs on track were Young and Girolami’s team-mate Viktor Davidovski, which shuffled Target Competition’s Josh Files down to fifth.

Files had a faulty transponder on his Hyundai Elantra N TCR in first practice which meant his laps were not recorded, but the team said his pace was equivalent to 10th place in that session and he improved his pace by a second in the afternoon.

The third Comtoyou-run Audi was sixth fastest with Tom Coronel at the wheel, while Janik Motorsport’s Mat’o Homola was the top Hyundai driver in seventh and one of several drivers to have laps deleted to track limits violations.

Young’s team-mate Mike Halder was the worst offender with track limits, and his team manager was summoned to race control during practice.

The two qualifying sessions are scheduled to take place tomorrow, five minutes apart, with the first starting at 09:38 CEST.