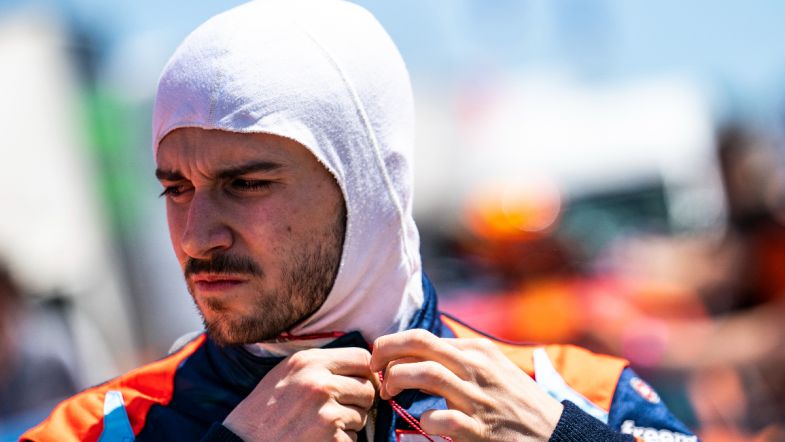 Volcano Motorsport’s Klim Gavrilov has admitted he did not expect to top TCR Europe’s second free practice session at Paul Ricard on Friday.

Gavrilov was the fastest driver of the day by 0.041 seconds over Comtoyou Racing’s points leader Franco Girolami, setting his best lap with less than five minutes of practice to go while others peaked early with their pace or tried to lap as late as possible but didn’t cross the line in time.

The 21-year-old, who ended his 2021 season with a first win in the series after switching to Volcano, started his 2022 campaign with a seventh and a sixth at Portimão and was over a second off the pace in 10th place in the first Paul Ricard practice. But his form turned in the late afternoon when the second session took place.

“Of course not,” Gavrilov said when Touring Car Times asked if he had expected to have session-topping pace.

“We were just working, we tried some different set-up, we tried new tyres. That’s how I could do the fast lap time. Still a lot of work to do before tomorrow, and still a lot of questions about who used new tyres, who didn’t? We see tomorrow I guess.”

On if he will carry forward the set-up that unlocked his improved pace, he added: “I think I can answer this only after analysing everything we have in data, and in the team, so we’ll decide I think today before the dinner.”

Isidro Callejas was the fastest of the CUPRA Leon Competición-driving Volcano drivers in first practice, 0.655s off the pace in eighth place, and he was eighth again in the afternoon. Evgenii Leonov was outside of the top 10 both times. It was another CUPRA driver, Sébastien Loeb Racing’s John Filippi, who was fastest in the earlier session.

“The individual base [of each driver] in our team is pretty good so I don’t think we’re going to use the same set-up for everyone in the team,” Gavrilov added on if his set-up could be transferred to his team-mates.