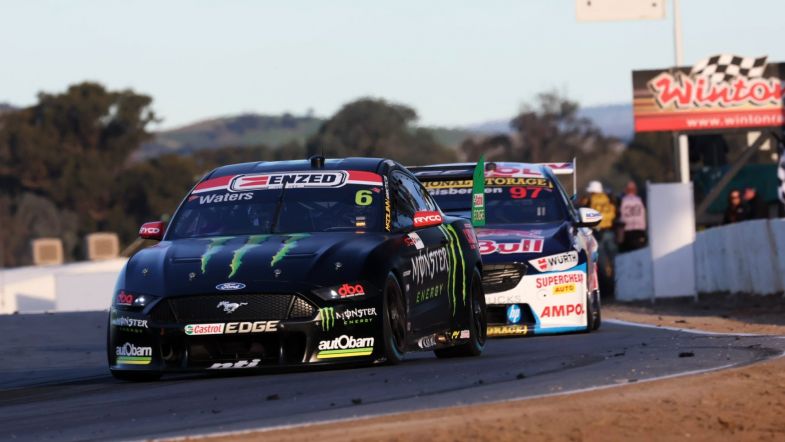 Cameron Waters beat pole sitter Shane van Gisbergen off the line in the first Supercars Championship race at Winton and managed to withstand the pressure to win the 36-lap race.

The Ford and Holden rivals were close throughout the race, with points leader van Gisbergen launching an attack that resulted in contact on the last lap.

But the contact also resulted in a broken wheel for van Gisbergen and Tickford Racing driver Waters managed to cross the line first.

“It was an awesome race,” said Waters.

“I had to have something in the tank at the end, I knew he’d have a crack. It’s a massive relief… massive thanks to Tickford for their work.”

Grove Racing driver David Reynold made strong progress from seventh on the grid to claim the final podium position, setting the fastest lap on the way.

Van Gisbergen continues on top of the standings, heading Anton De Pasquale, who finished eighth behind Brodie Kostecki, by 196 points.

Next up for the Supercars Championship field is two qualifying sessions, starting at 09:40 local time/01:40 CEST.