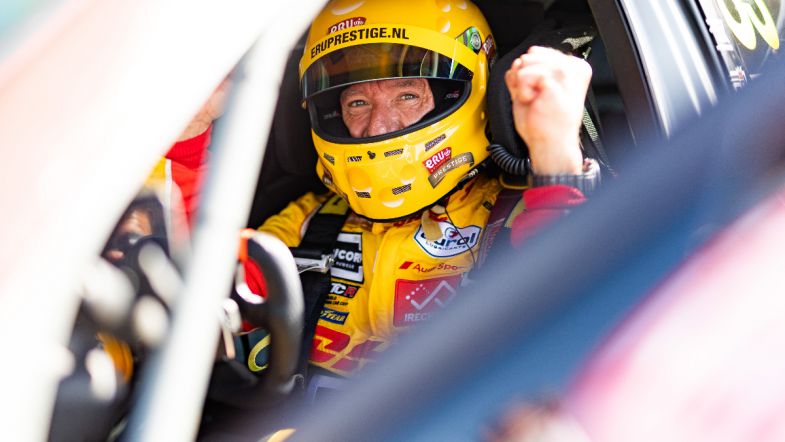 TCR Europe pole man Tom Coronel has described the lap that put him on pole at Paul Ricard this weekend as ‘one of the best of my life’.

The 50-year-old Comtoyou Racing driver was fastest by 0.252 seconds in the second segment of qualifying on Saturday morning, earning him his first pole since the 2021 season opener at the Slovakia Ring and the ninth of his touring car career.

Having had a far shorter wait of just over a year to add another to his tally, he was unsurprisingly pleased with the performance he put in to put himself at the front.

“New tyres, of course,” he said to Touring Car Times of his qualifying strategy at Paul Ricard. “This is normal, these are the things you do. I even put new tyres on the rear and I think this was the benefit, because in the two high-speed corner I don’t know what happened but the car was sticking like a maniac.

“I think this was one of the best laps of my life. As I remember, I was just thinking because I called Paulien, my wife, directly after and I said ‘I think in ‘94 I did Formula Opel Lotus Euroseries at Spa-Francorchamps, I gave everybody one-and-a-half seconds [gap in qualifying]. And it felt like this. I don’t know, the sweet spot with the tyre was mega.

“OK, we can not be this aggressive with the wheel cambers for the race, that’s for sure. But these are the things we like. Just flat out and push it over the limit. And I was surprised, because two times they cancelled my lap time because I was over the line. So I said ‘fuck, fuck, fuck’, so I was a little bit over-pushing, this is right [strategy]. And one time it just stuck. So this is the way to go.”

Coronel got the most out of the Audi RS 3 LMS TCR, but his Comtoyou team-mates also did a strong job as Franco Girolami extended his points lead by qualifying fifth and Viktor Davidovski earned himself pole on the reversed grid used for race two by qualifying 10th.

“I think [the Audi is suited to] here,” added Coronel. “The high-speed corners, the car is very strong. So this is good. Traction, we are poor, which we saw in Pau. Especially in the race, we were struggling a little bit too much. But the high-speed corners, I think I found a very good balance with the car, and the two high-speeds in the back, they were mega for me. Mega, mega.”