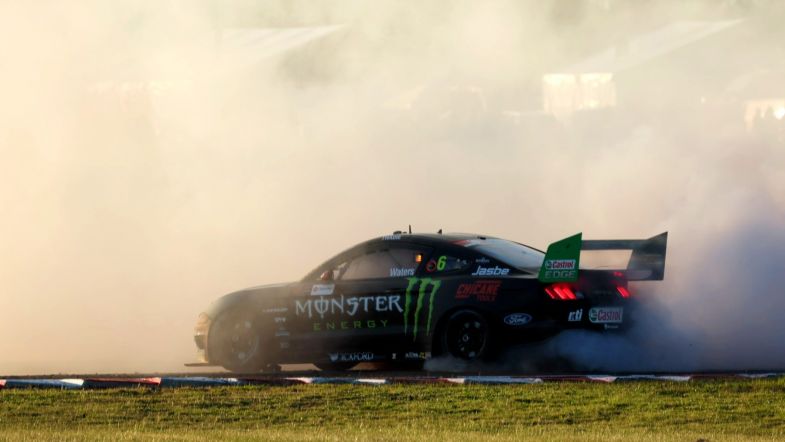 Tickford Racing driver Waters started from pole once again while van Gisbergen found himself in a scrap for second with a strong starting Andre Heimgartner.

Heimgartner was able to get past the Triple Eight driver on the first lap, with van Gisbergen fighting hard to get back past up into second place on lap 14.

Van Gisbergen then closed in on Waters in the lead, but a slow pit stop meant that the Holden driver once again fell behind Brad Jones Racing driver Heimgartner.

When van Gisbergen finally made his way past Heimgartner again, the gap to Waters was too big.

The Holden driver did come close, though, with Waters crossing the line to win just four tenths of a second clear of van Gisbergen in second place.

Will Brown (Holden) and Lee Holdsworth (Ford) rounded off the top six.

Van Gisbergen heads Anton De Pasquale, who finished eighth, by 281 points in the drivers’ championship after the Winton weekend.

The next Supercars Championship race weekend will take place in Darwin on June 17-19.