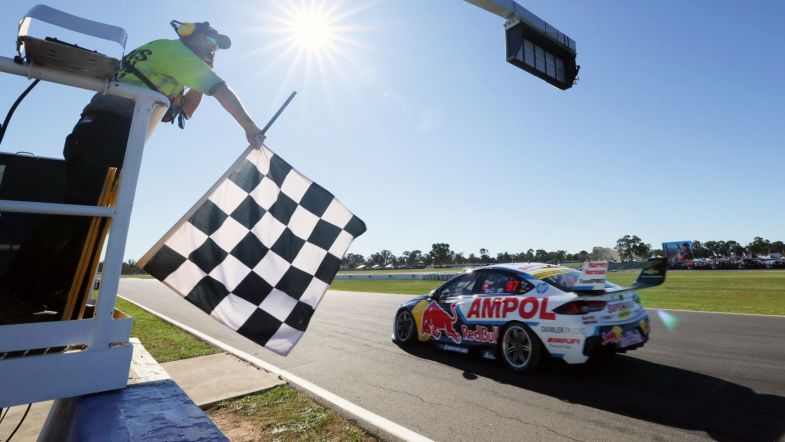 The change of leaders came after the pit stop when van Gisbergen made the most of warmer tyres, having stopped a lap earlier, to get past the Ford Mustang driver.

Van Gisbergen never looked back and pulled up a gap to win the race by just over five seconds over Waters.

The third and final race of the weekend starts at 15:45 local time.