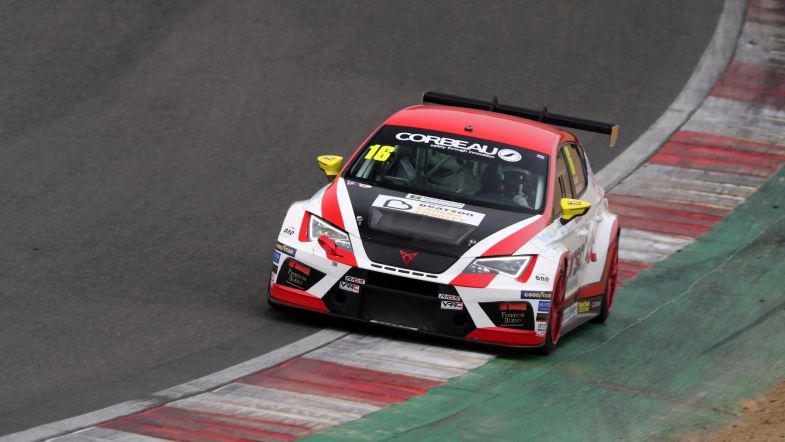 Callum Newsham will miss the second round of the TCR UK Championship season at Donington Park this weekend after failing to recover from a recent illness.

Newsham – who took a podium finish in the opening meeting of the campaign at Oulton Park – fell ill last week but had hoped to be fit to continue at the wheel of his Power Maxed Racing-run Cupra TCR.

However, a brief statement issued by father Dave confirmed that Newsham will not be able to compete and will now look to return to action for round three at Brands Hatch in mid-June.

Elsewhere, Rob Butler’s Volkswagen Golf GTI will now be run by the Garage 81 team, which will debut in the series this weekend. Butler’s car had been run by JW Bird Motorsport at Oulton Park, although the Irish driver failed to finish either race.

“Oulton Park was a character-building weekend,” he said. “However, I was pleased with my pace in the Free Practice and Qualifying sessions, so there’s no reason why I can’t carry that forward to Donington.

“The Golf has gone well at this circuit in the past, so I hope that tradition will continue. It’s a large and very competitive field this season, so I think it’s time to get my head down and elbows out!”

Garage 81 will also assist with the running of the Chameleon Motorsport Cupra of Neil Trotter.