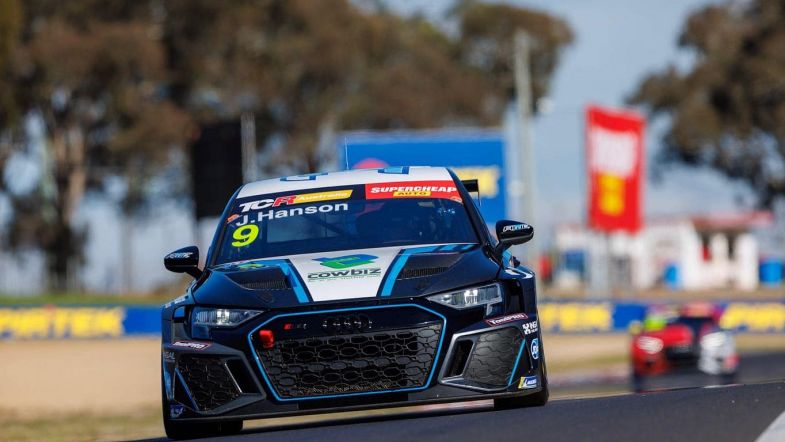 Hyundai driver Brad Shiels started on the front row but soon fell down the order, being overtaken by fellow Hyundai drivers Luke King and Nathan Morcom.

Honda Wall Racing driver Tony D’Alberto was involved in the top fight initially, but his pace dropped as the race progressed and he finished just outside of the podium in fourth.

Melbourne Performance Centre driver Hanson won the race by close to two seconds ahead of the Hyundai duo of King and Morcom.

Jordan Cox was best of the Garry Rogers Motorsport drivers, finishing fifth behind the wheel of his Peugeot 308TCR while Shields rounded off the top six.