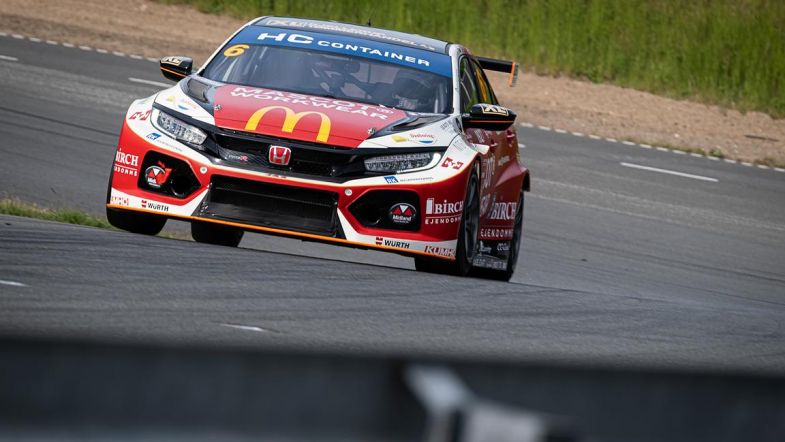 Kasper Jensen made the most of his pole position to win the final TCR Denmark race of the weekend at Ring Djursland, beating Race 1 winner Nicolai Sylvest in a static race.

Jensen made a strong start ahead of Sylvest as the safety car was called out on lap one due to a clash between Johnny Vejlebo and Kristian Sætheren.

The two came together at the exit of the final corner on lap one, sending both into retirement with substantial damage to the two cars.

The leading duo of Honda driver Jensen and Cupra driver Sylvest broke away as the race resumed.

Green Development driver Sylvest seemed to gain on Jensen at one stage but could not get close enough to seriously challenge for the lead.

Mike Halder started fifth and had to fight hard to keep Cupra driver Michael Markussen behind him.

Jensen won his second consecutive race of the weekend, half a second ahead of Sylvest while Mathiassen claimed the final podium position, five seconds adrift from the leading duo.

Povlsen crossed the finishing line in fourth ahead of Halder and Markussen.

Jensen heads the standings on 132 points with Sylvest in second on 106 points.

The next TCR Denmark round will take place on June 24-25 at Jyllandsringen.