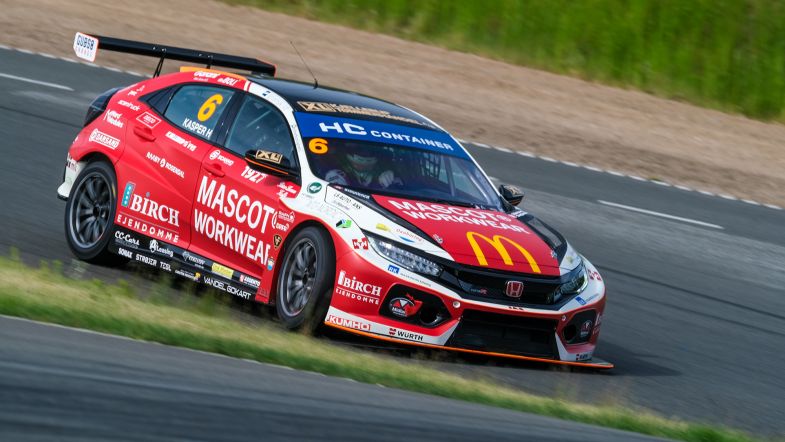 Kasper Jensen made his way from sixth on the grid to win the second TCR Denmark race at Ring Djursland for GMB Motorsport, surviving a jump start penalty.

The reigning champion had made his way to third on the first lap and made the move for the lead on lap two, passing both Kristian Sætheren and leading driver Steffen Larsen who made a mistake and braked too late in the final corner of the lap.

TPR Motorsport driver Mike Halder made strong progress as well and was, just as his Honda colleague Jensen, penalised for jumping the start.

Halder made his way through the field up to second place, but dropped down behind Peugeot driver Larsen as he completed his penalty lane round.

The safety car was called into action as Kenn Bach out braked himself with six minutes left of the race and beached his Cupra in the gravel.

There were no major changes as the race resumed and Jensen won the race ahead of Larsen and Halder.

Alfa Romeo driver Sætheren dropped down to finish fourth ahead of René Povlsen and Jacob Mathiassen.

Race one winner Nicolai Sylvest struggled to make ground from tenth position on the reversed grid to finish seventh ahead of Michael Markussen.

The third and final race of the weekend starts at 14:35 CEST.