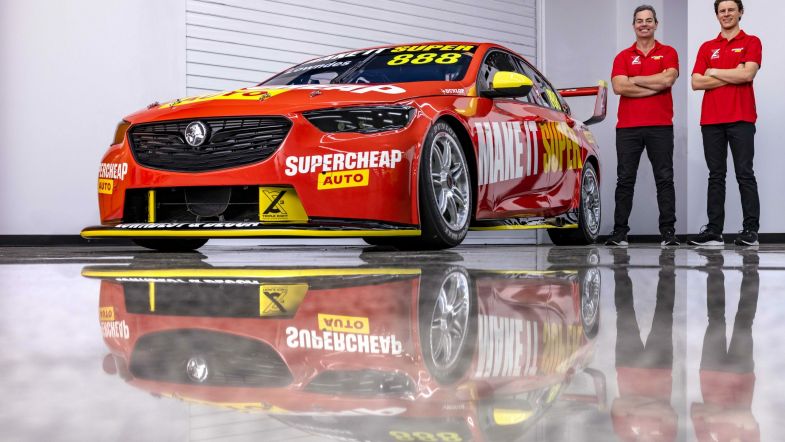 Experienced pair Craig Lowndes and Jamie Whincup will both compete in the 2022 Bathurst 1000 after Triple Eight confirmed its line-up for the biggest event on the Supercars calendar.

The pair raced together at Mount Panorama for the last three seasons but will be split across the three Triple Eight entries – with the team once again entering a wildcard into the Great Race alongside the two Red Bull-backed Commodores.

Lowndes will share the wildcard entry with Super2 racer Declan Fraser in what will be his 29th consecutive run at Bathurst – and a record-breaking 300th round start in the series.

Fraser will be making his debut.

“I’m thrilled to be teaming up with Declan for the Great Race,” Lowndes said. “I’m so excited to guide him on his journey into the Supercars.

“It’s no secret the affinity I have with Bathurst and Mount Panorama, it’s the race track that means more to me than any other place.

“I also think we’re going to be a competitive pairing. Declan has shown some great speed and composure in his Super2 career, two traits you need to win Bathurst.

“We have every intention of being right in the mix and giving the fans something to cheer about.”

Whincup meanwhile will rejoin the grid in a co-driver role alongside Broc Feeney – the man who replaced him when he stepped down from full-time competition at the end of the 2021 campaign to take up a team management role.

Garth Tander will race alongside Shane van Gisbergen for a fourth time to complete the line-up.

“With myself piloting the #88, I look forward to working with the guys to dial in the cars during the week and then of course help each other in the race where possible,” Whincup said.

“I can assure you the 50-plus people at Triple Eight don’t care which Triple Eight car wins the Great Race, as long as it’s one of us.”