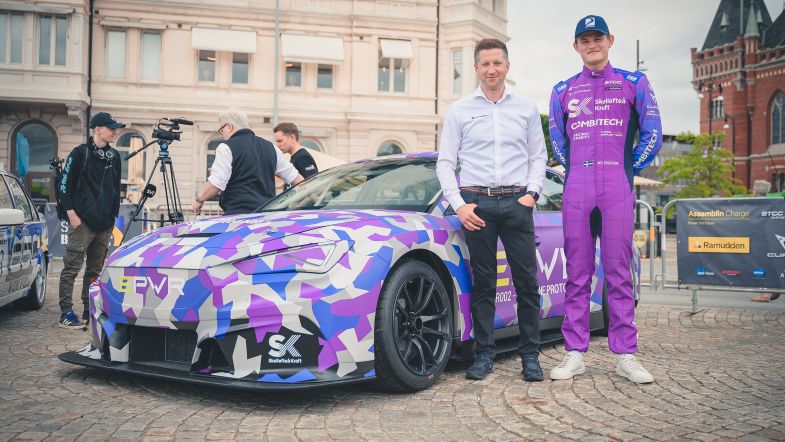 Reigning champion Robert Dahlgren is the most victorious and experienced STCC driver who has raced S2000, TTA, V8 Supercars, TC1 and most recently TCR.

The Swede is one of the few drivers who has tested the prototype of the new electric regulations.

“The car is completely hysterical. I came in after two laps with my eyes wide open and the world’s biggest smile, and was completely exhausted. It will require a lot from the driver to race this car on the limit,” said Dahlgren.

While Dahlgren has raced powerful rear-wheel driven touring cars in the past with TTA and V8 Supercars, the Swede says the electric cars are something completely different.

“I am incredibly grateful on behalf of all drivers. Now we have a car with instant power of 550 hp and 600 Nm in torque, weighing just 1450 kg including the driver,” said Dahlgren.

“These are numbers you only dream of as a racing driver. But it will be a tough challenge too, with all the power coming at once. The cars will be really fast, which give long braking zones and thus a lot of overtaking and hopefully a strong show for the spectators.”

The electrification is controversial, not only in society, but especially in the motorsport community.

Dahlgren however believes the change is an opportunity to create better racing.

“The change to electrification has been worked on for a long time, so this also gave an opportunity to STCC to design the cars and the racing they want in the future. We do not remove anything from the racing, we rather add something,” said Dahlgren.

“All of this suits me perfectly. I just would have liked to be 22 years old again and have a long career ahead of me. This will be so much fun.”