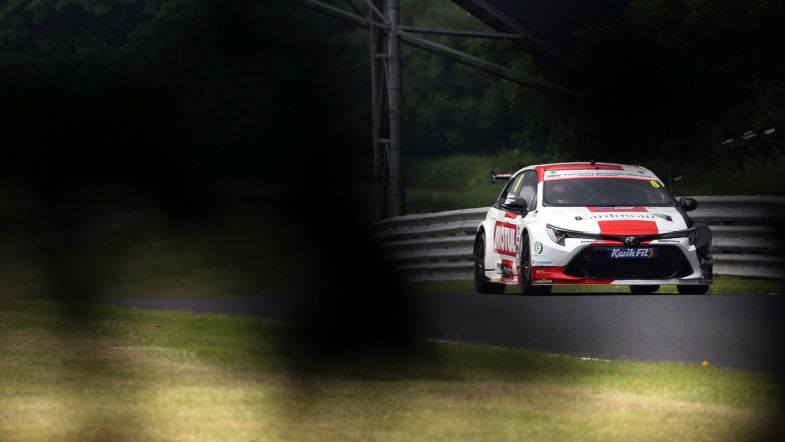 Rory Butcher said he was delighted to repay the Speedworks team after grabbing a front row start in qualifying at Oulton Park.

Butcher was hoping to get his BTCC championship firmly underway at the team’s home circuit after mixed fortunes in the opening rounds and he put in a good showing in practice – setting top ten times in both practice sessions.

Things looked like they could go wrong in qualifying however with Butcher lost his best time to track limits and found himself languishing at the bottom of the timesheets before he was able to pop in a time good enough to vault him up into second spot.

Not only was that his best qualifying result of the year, it was also reward for the team – which has replaced the engine on his Toyota Corolla on arrival at the circuit on Friday.

“It’s nice to make progress through the day and we made some good steps forwards with the car,” he said.

“I’ve been working with Ricky and have found some stuff from his data that I’ve introduced and vice versa, so it’s been a real team effort. I’ve also got to thank the team as they changed the engine yesterday and it’s great to repay them.

“We’ll see what happens tomorrow but my starts have been good this year and hopefully we can make a fight of it on the run to turn one as we know that is important given how hard it is to overtake round here.”