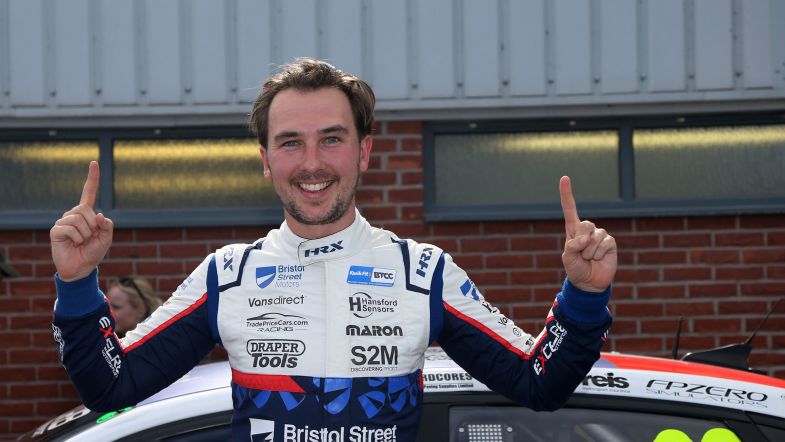 Tom Ingram admitted he was delighted with the performance of his Hyundai i30 Fastback N after grabbing a first pole of the BTCC season at Oulton Park.

Ingram – running with 4.5s of hybrid power in qualifying – proved to be the class of the field as he set two lap times that would have been good enough to secure top spot.

The former points leader ended up nearly two-tenths of a second clear of Rory Butcher’s Toyota with a new qualifying lap record, whilst it was also a first pole for both EXCELR8 Motorsport and Hyundai in the series.

Ingram will now hope to convert pole into a strong result in race one at the only circuit where he has yet to make it onto the BTCC podium.

“The car just felt good,” he said. “It’s the first time I’ve got out of the car at the end of the session and felt ‘that was very nice’ and it was relatively simple.

“When it feels like that, you know you have the car hooked up but there was a lot of effort and work that went in in both FP1 and FP2 to make sure we were in the best shape possible for that session.

“It’s a session that provided a lot of firsts, and I’m pleased that we were able to get the job done and I can sleep well tonight.”