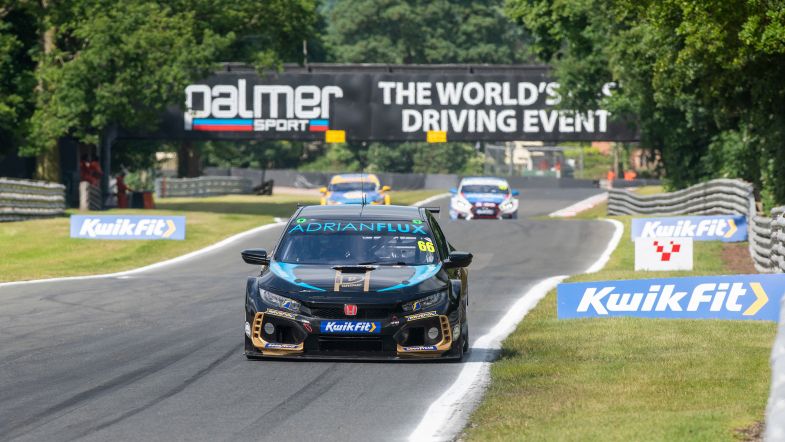 Josh Cook admitted he was pleased to retain his lead in the BTCC standings after hitting his 30 point target at Oulton Park.

Having scored double wins at both Brands Hatch and Thruxton, the BTC Racing driver found the going more difficult in Cheshire having qualified back in tenth spot – having not had use of hybrid during the session.

Eight and ninth in the opening two races of the weekend, Cook rounded out the the weekend with a solid run to third place in race three to secure silverware and maintain his position at the head of the standings ahead of double winner Ingram.

It meant a solid end to the weekend for the BTC Racing squad, which also took the Jack Sears Trophy with Jade Edwards.

“Race one and two were tough but the game plan was always to try and bag good points by the end of the final race,” Cook said. “The goal was to try and score 30 points and to do that by the end of the third race is really good – particularly when Ingram and Sutton have both scored big this weekend.

“Sometimes the weekend where things are tougher are more rewarding than the ones where you have a great car and can just control things from the front, so I’m mega happy for me and the team to have scored well here – and it was also good for Jade to win the Jack Sears Trophy as it’s been a long time coming for her.

“The important thing however is that the drivers who have been involved in that incident in race three have come out of it unscathed, and credit to TOCA for the work they do to make these cars as safe as they are.”