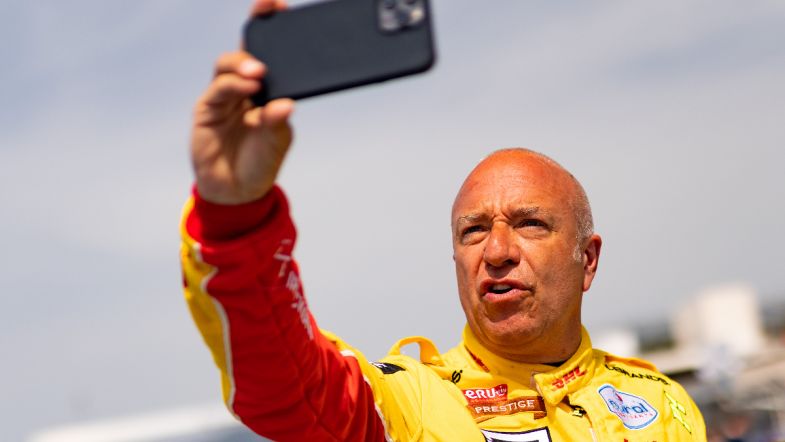 Coronel left it late before heading out on track in the half-hour session, with Target Competition’s Josh Files and Felice Jelmini the very first to check out Spa’s revised track layout in their Hyundai Elantra N TCRs.

Coronel got a broken radiator after a trip through the gravel at Stavelot, limiting his practice time.

Once the rest of the field bar Coronel and RC2 Junior Team’s Rubén Fernández, making his second appearance in the series after debuting last year, had headed out it was Files who still led the way with a 2:31.827 lap. Brutal Fish Racing Team’s Pepe Oriola slotted into second place, 0.095 seconds slower than Files, then on his third lap of the session was able to go a third of a second faster than Files as the Briton failed to improve.

At the halfway point it was a totally different name on top, as Volano Motorsport’s Isidro Callejas put his Cupra León Competición in first place by 0.007s.

It wasn’t until the final 10 minutes that Coronel finally put a lap time next to his name on the timing sheet, and his very first effort was the fastest of the session. He was 0.037s quicker than Callejas, then with his next effort extended that advantage to 0.298s while Fernández’s Audi remained in the pits.

Practice one ended with the order unchanged at the top, and with the top five completed by Janík Motorsport’s Hyundai-driving Maťo Homola and Target’s Nicola Bandan.

Championship leader Franco Girolami was only ninth fastest, the last of the drivers within a second of Coronel’s pace.

Although the returning RC2 Junior Team was not able to get one Fernández on track, Rubén’s brother Felipe did run in his Cupra and was 16th fastest as he also makes his second TCR Europe appearance. The team’s third car, also a Cupra, was driven by Sergio López and he was the slowest of the drivers to set a representative pace as TCR Italy graduate Marco Butti only completed two laps in his Comtoyou Racing-supported Èlite Motorsport entry due to a driveshaft issue.

The next free practice session is scheduled for 13:30 CEST today.