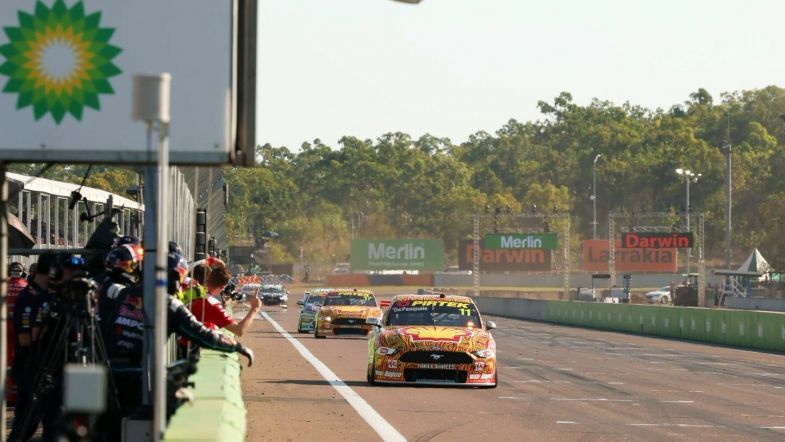 Anton De Pasquale beat team-mate and pole sitter Will Davison to victory in the first Supercars Championship race of the weekend at Darwin.

Davison got off the line first but was passed by his Dick Johnson Racing team-mate before the end of the first lap.

Mostert finished the race in fourth position, only for the Walkinshaw Andretti United driver to be disqualified after the race for using a nonconformity air blower on the car on the grid before the race.

De Pasquale won the race 1.8 seconds ahead of team-mate Davison who had van Gisbergen all over the back of his Ford Mustang at the end of the race.