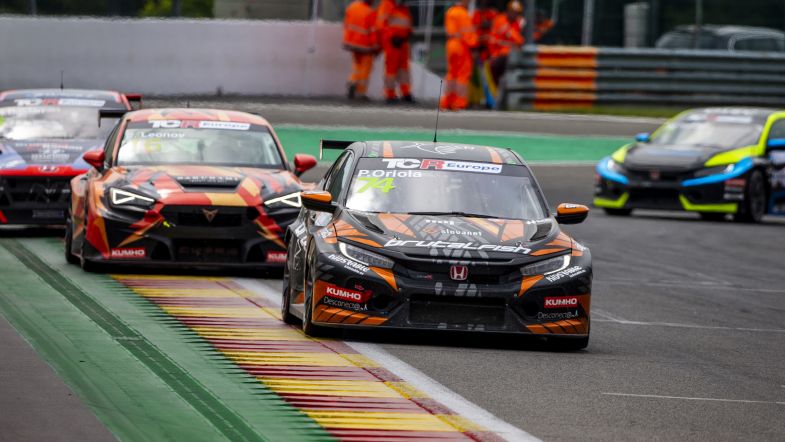 The Brutalfish Racing team has announced that it is to end its programme in the TCR Europe series with immediate effect.

The Honda squad has been part of the series since 2018 and went into the new season running two cars for team boss Martin Ryba and Spaniard Pepe Oriola.

Oriola had scored two podium finishes so far this season but a tough weekend at Spa saw the Spaniard slip down the standings – with the Civic Type R struggling for top end speed as a result of what car builder JAS Motorsport described as a combination of Compensation Weight and a ‘crippling Balance of Performance’.

With Ryba failing to finish either race in Belgium, the team has now announced that it will leave the series with immediate effect, citing ‘several issues’ as being the reason behind the decision.

It isn’t yet known where the Slovakian team will now compete in future, or where Oriola will race for the remainder of the campaign.

“It is game over,” a statement from the team read. “As from today, Brutalfish Racing team will withdraw from the 2022 TCR Europe season. We have taken this decision due to several issues.

“It was a blast being a part of the series since 2018 but now it is time to move on. Thank you so much to all the TCR Europe organisation people for all that you have done for us – you are awesome.

“We would like to say thanks to all the teams and drivers as we all consider them as big friends especially you Tom Coronel. Pepe Oriola, it was mega to spend three intensive years with you. We are sure you will get a drive right away as you are one of the best TCR drivers in the world. You are family.”