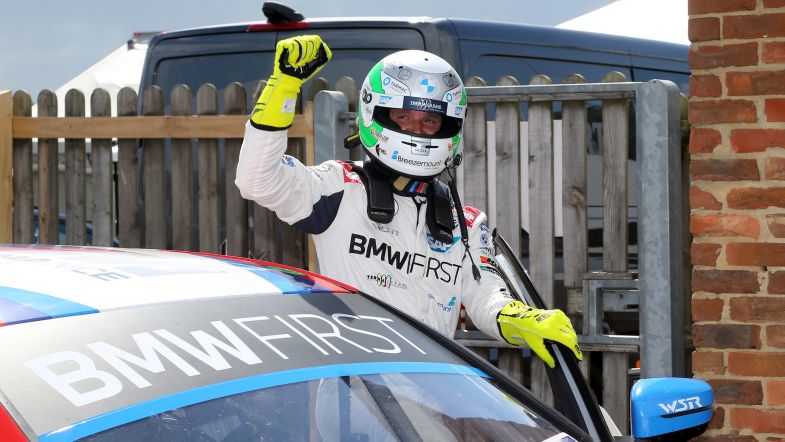 Colin Turkington admitted it had been an ‘amazing day’ after securing pole position for the fifth meeting of the BTCC season at Croft.

Having been forced to switch back to his 2019 title winning car after the accident at Oulton Park last time out, Turkington was in subdued form during free practice but then was able to turn the screw in qualifying to emerge on top of a frenetic battle for pole.

The Northern Irishman left it late on in the session to edge ahead of the Hyundai of Dan Lloyd and then saw Dan Rowbottom fall just short of his new lap-record setting time to ensure a second pole of the campaign.

It means Turkington will now start up front as he seeks to extend his record-breaking win tally at the North Yorkshire circuit on race day.

“It’s another amazing day to be P1 in qualifying as we’ve not been up there all day – and hadn’t really been close,” he said. “We tried to save the best for last but it was a difficult session as it felt like the track had changed quite a lot and on the first run, I didn’t feel like I had the same car I’d had earlier in the day.

“We made some changes for the second run and the time came, and it’s great to reward the team for the massive effort that has gone in since Oulton Park to get this car ready.

“It wasn’t easy to get the time in as it is easy to over drive the car round here, but we chipped away and the magic happened.”