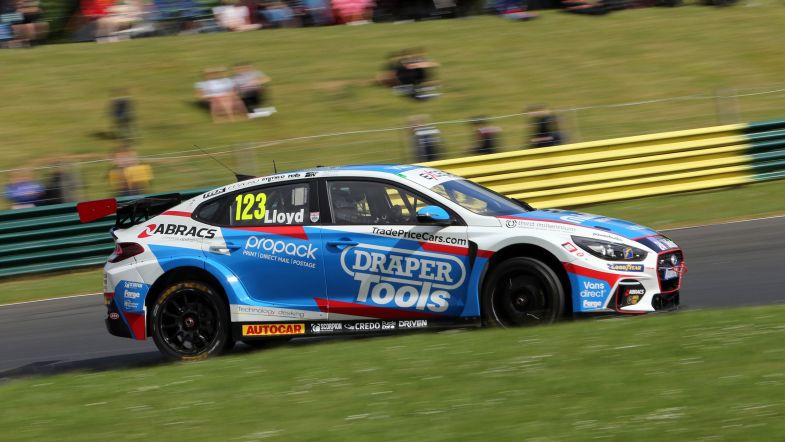 Dan Lloyd was full of praise for his EXCELR8 Motorsport squad after securing third on the grid for the latest rounds of the BTCC season at Croft.

The Hyundai squad had been forced to spend the last two weeks rebuilding the car after a 43G impact from Colin Turkington’s BMW at Oulton Park, which left Lloyd with a repair bill of more than £90,000.

Having been able to carry out a brief shakedown ahead of the weekend, Lloyd showed solid pace in free practice to set the fourth best time but then improved his time in qualifying to briefly find himself sitting on top of the times.

Although he would be shuffled back to third spot late on, that still allowed Lloyd to equal his best qualifying result of the campaign to date and leaves him well placed for race day.

“It was an amazing session,” he admitted. “In a way, it’s a bit disappointing to have been P1 for a while and end up P3, but after the last two weeks, I’m over the moon and it’s great to repay the team for all of their hard work.

“It was a tricky session with the red flags and then with traffic but we had really good pace in the car and it was all about just focusing on ourselves and I’ll certainly be getting stuck in tomorrow.”

Lloyd was also quick to congratulate Turkington for grabbing pole in his 2019 title winning car, which was brought back into action in place of the one damaged in the Oulton Park accident.

“A huge well done to Colin as he has been through a lot in the last few weeks,” he said. “It’s nice to see him get pole, although it would have been nicer if he’d been behind me!”