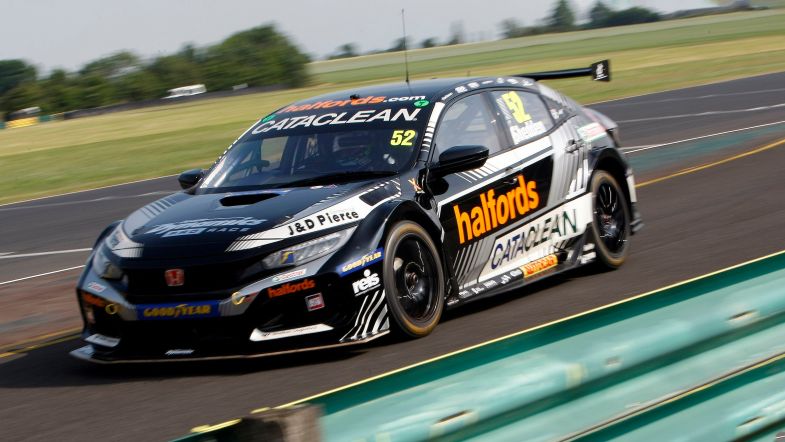 Gordon Shedden set the fastest time of the weekend to date to head second free practice ahead of the latest rounds of the BTCC season at Croft.

The Team Dynamics driver was able to dip below the time set by Tom Ingram in FP1 to lead the way ahead of team-mate Dan Rowbottomn as the two Honda drivers led the way.

Shedden’s time of 1:21.589s left him a tenth of a second clear of Rowbottom, with Rory Butcher making light of his issue in FP1 to once again record the third best time in his Speedworks-run Toyota.

The lead Hyundai this time around was Daniel Lloyd, who was an impressive fourth quickest in his repaired i30 Fastback N, with Bobby Thompson showing strong pace in the Team HARD Cupra to go fifth.

Thompson had at one stage been the man to beat before improvements elsewhere knocked him back down the order to end up just ahead of Ingram and the BMW of Jake Hill – which was quickest of the rear wheel drive cars in seventh.

Outside the top ten, Colin Turkington was eleventh, with Ash Sutton and points leader Josh Cook down in 17th and 18th.

Dan Cammish failed to set a time after an off at Clervaux in the early stages of the session saw his Ford Focus end up in the barriers, leading to a brief red flag so the car could be recovered.