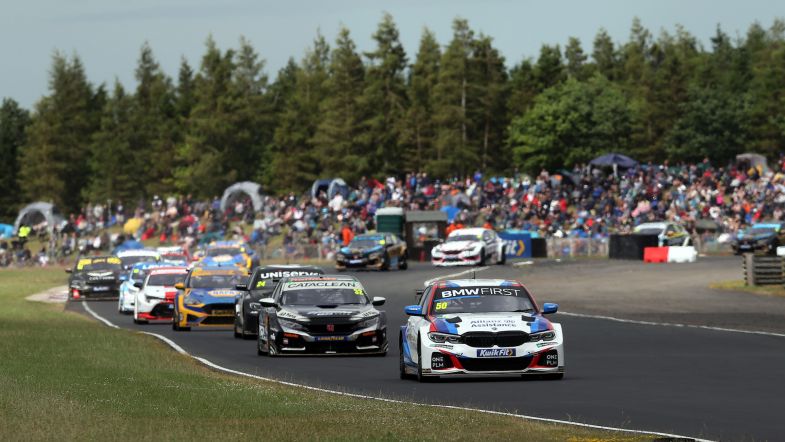 Colin Turkington admitted he was pleased to come away from Croft with two podium finishes to his name, even though he was unable to add to his win tally at the North Yorkshire circuit.

After his involvement in the huge race three accident at Oulton Park two weeks earlier, Turkington was back at the wheel of his 2019 BTCC title-winning BMW for the weekend, which WSR was forced to build up ahead of the weekend.

The Northern Irishman produced a fine performance in qualifying to put the car on pole position but lost out to Dan Lloyd on the opening lap of race one to end up with second spot.

A third place followed in race two, before Turkington fought his way from tenth on the reverse grid to finish sixth.

That gave Turkington the second highest points score behind double winner Lloyd as he moved up to third in the standings.

“It’s been a solid day for me,” he said. “Any time you get two podiums in a day is very good, but I’m even more pleased with finishing sixth in race three from tenth on the grid – the ten points is a bonus.

“Qualifying on pole was the highlight of the weekend. Obviously, I’d love to have won for many reasons, but we didn’t quite have that next level of performance needed to do that here.

“We played to our strengths and closed in quite a lot on the championship lead, and that’s the big takeaway.”