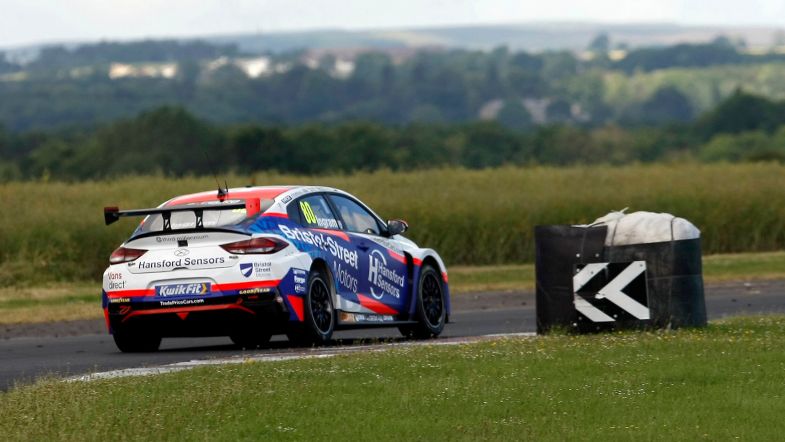 Tom Ingram admitted he was delighted to have been able to build on his double win at Oulton Park after another strong weekend at Croft allowed him to regain top spot in the BTCC standings.

The EXCELR8 driver had moved up to second in the points with a double win in Cheshire last time out, and put himself in a strong position to chase down Josh Cook when he qualified on the second row of the grid and Cook found himself down in P20 on the grid.

After taking the flag in race one in fourth spot, Ingram produced a demon first lap in race two to jump up to second behind team-mate Dan Lloyd as the Hyundai team grabbed a one-two finish, and he then wrapped up the weekend with a solid run from eleventh to seventh in race three.

Although Cook grabbed a podium in race three, Ingram now holds a three point lead in the standings going into the summer break, with action resuming at Knockhill in late July.

“We had a great weekend at Oulton Park but we needed to come here and put more points on the board,” he said. “It’s been a pretty solid weekend and we’ve been able to stay out of trouble and do the job that we needed to do.

“There is a lot of value in those weekends where you just pick up the points because that is the important thing for us at the moment; to score well and not pick up any damage. The car felt phenomenal once again and the team has done a fantastic job with it. Just like Oulton Park, it did everything I wanted.

“Being back on top of the points is great as it’s where we want to be, even though it means we’ll take no hybrid into qualifying at Knockhill. That might not be easy, but we’ve already chatted about a few things we could try on the car and we’ll just go there, focus on ourselves and aim to do the best job we can.”