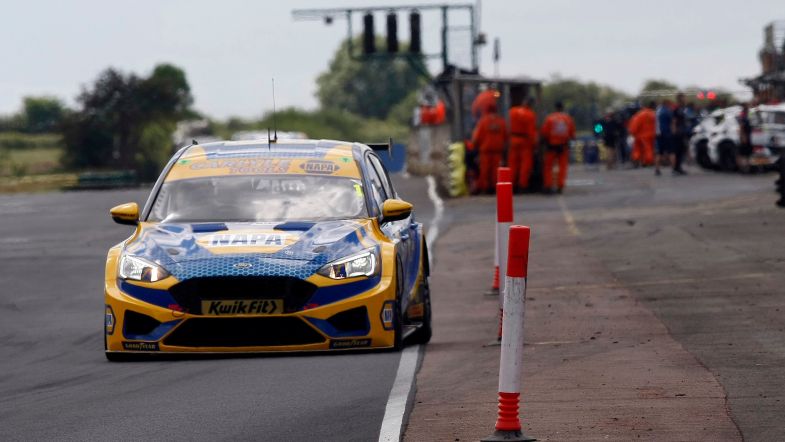 Ash Sutton admits that his Motorbase team has work to do in the mid-season tyre test at Snetterton if he wants to remain in the fight for the a third successive BTCC title.

Sutton slipped to fourth in the standings across the weekend at Croft, where he had to settle for sixth place in races one and two, before early contact in race three prevented him from adding to his score.

It marked the second weekend in a row where an incident in the final race had cost the defending champion valuable points.

Sutton has yet to make it onto the top step of the podium this season since switching to the Ford Focus, and he admitted there was work to do during the summer break if he is to keep pace with the pack ahead.

“We only had one lap in qualifying so I was happy to start off seventh and then in races one and two we just kept out of trouble to pick up solid points,” he said. “To come away with nothing in race three is frustrating but we’ve just got to dust ourselves down and go again.

“Knockhill is next on the calendar but that isn’t the main focus for me or the team, the Snetterton tyre test is. It’s obvious we aren’t where we want to be at the moment and there is time to find.

“We’ve already begun putting a plan together of what we want to try during that test next month. Hopefully we can make some unlock a few things, make some progress and then be able to get back amongst the podium positions in Scotland.”