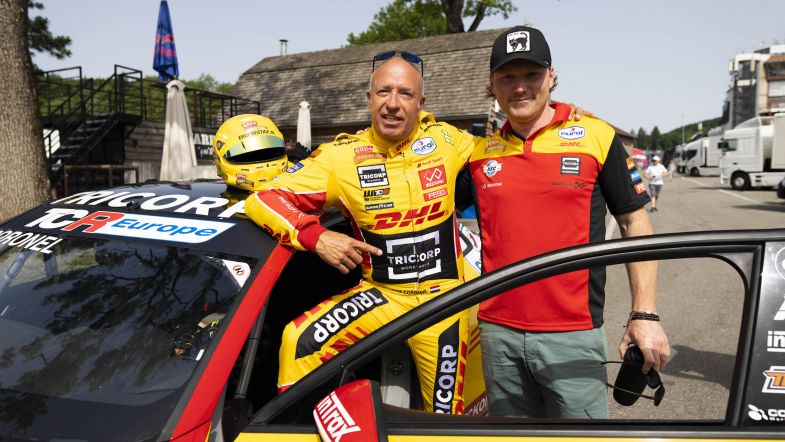 Stian Paulsen steps in for Tom Coronel at Norisring

Stian Paulsen will take the wheel of Tom Coronel’s Audi RS 3 LMS II at Comtoyou Racing for the TCR Europe round at Norisring.

“For the last two years, Stian has been sending me messages prior to every race weekend to ask whether I had contracted COVID and saying that he was ready to step in for me if needed,” said Coronel with a laugh.

“He sometimes even wrote to say that I was looking ill on my videos or Instagram! So I ended up promising that he was the first I would call whenever an opportunity should come up, which is now the case.”

The TCR Europe round in Germany clashes with the FIA WTCR round at Vila Real in Portugal this weekend.

“Of course, I have looked into possibilities to combine the two events at Vila Real and Norisring,” said Coronel.

“I have done it often enough in the past, racing in two events at the same weekend, but this time, it was impossible because the two are too far away from each other.

“And in such cases, the world cup is the most important one for me and also for my partners, DHL in particular, with many corporate guests coming to Vila Real. I will be doing the VIP laps again as usual, too.”

Paulsen drove selected races of the 2019 TCR Europe season with his own team, and finished ninth overall the year before.

Coronel is placed second overall in TCR Europe this year, trailing points leader Franco Girolami by 31 points. The Dutchman is placed 15th overall in the 2022 WTCR season so far.