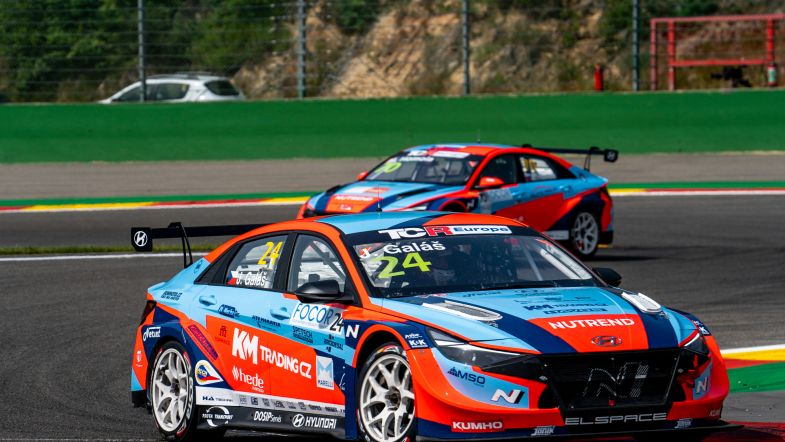 TCR Europe will hold its first ever street races this weekend as it heads to the historic Norisring circuit in the German city Nuremberg.

The short 2.3-kilometre track only has eight corners, but each is a challenge and it is a venue that has not only played host to a lot of great touring car action over the past 40 years but was also the site of infamous Nazi history either side of World War II.

There will be 21 cars on the grid, but notably Franco Girolami’s closest title rival Tom Coronel will be absent due to clashing World Touring Car Cup commitments, and so he has nominated Norwegian driver Stian Paulsen to take his place at Comtoyou Racing in a Audi RS 3 LMS IIs.

Paulsen has prior TCR Europe experience, racing in the series through 2018 and ‘19 with his own team, and claiming one podium finish. A decade ago he was a class champion in the European Touring Car Championship and before that he raced in a variety of single-make touring car series in northern Europe.

He is not the only addition to the Norisring paddock, as Patrick Sing aims to use his local knowledge in his self-run Hyundai i30 N. Sing is currently 11th in TCR Germany and eighth in the TCR Eastern Europe Trophy, having won in a cameo at the Red Bull Ring in the latter.

Coronel’s absence means that his team-mate Girolami heads to Germany with a 52-point margin to his next closest rival, Volcano Motorsport’s Cupra León Competición-driving Klim Gavrilov.

Just behind him is his own team-mate Isidro Callejas, who was the winner of the first race in the most recent round at Spa-Francorchamps. The other victor that weekend was Janik Motorsport’s Jáchym Galáš in the Hyundai Elantra N.

There will be four Diamond Trophy entrants competing for street honours.

The Comtoyou-supported Élite Motorsport team has kept on Marco Butti after a points finish on his debut at Spa, and he will be the only Rookie Trophy entrant in the field, and RC2 Junior Team is following up its Spa appearance too but is downscaling from three cars there to just one this weekend as it runs Rubén Fernández in an Audi.

Brutal Fish Racing Team’s sudden series exit means Martin Ryba has been left without a seat for this weekend, but his team-mate Pepe Oriola has found a way of continuing his campaign into the second half of the season by teaming up with Team Aggressive Italia.

The Spaniard is currently seventh in the standings after a damaging Spa weekend, but did take a pole and two podiums in the first two rounds.

The Norisring weekend will consist of two half-hour practice sessions on Friday, qualifying at 11:10 local time (10:10 BST) on Saturday, followed by the first race later that day at 17:40 and lasting 24 laps. The second race is scheduled to last an identical distance and begins at 17:00 local time on Sunday.