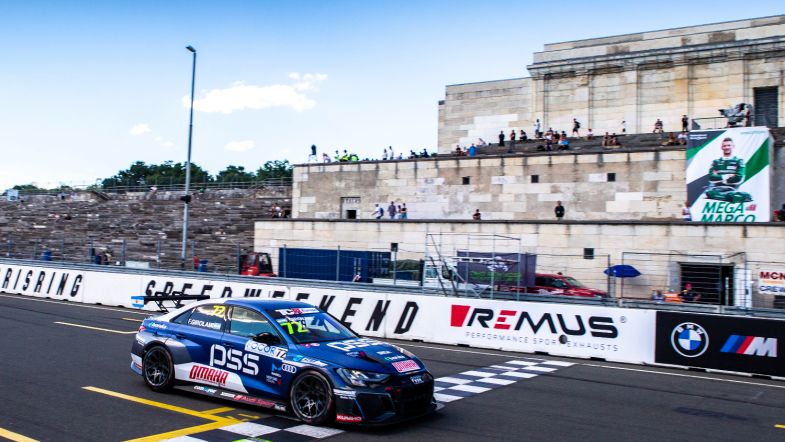 Franco Girolami eager for Norisring to stay on calendar after win

Franco Girolami stuck to his risk-reducing strategy over the Norisring weekend, but the TCR Europe points leader still came away with a third and a first in the races.

The Comtoyou Racing driver could afford to relax in some capacity as chief title rival and team-mate Tom Coronel was absent, and told TouringCarTimes in the previous round at Spa-Francorchamps that he would be trying to avoid battling too much when it came to the series’ first street event.

However he got involved in some pretty feisty fights in Saturday’s race, at one point cutting turn two and locking up as he tried to pass Josh Files, then on Sunday he passed Jack Young around the outside on the opening lap and then had a tap, a side-by-side moment and then a lunging move with Klim Gavrilov before he passed him for the race two lead.

Once ahead he pulled away though, committed to not risking a retirement by allowing Gavrilov to come back at him and entice him into a panel-bashing battle.

“It was an amazing race for us,” Girolami said to TouringCarTimes. “The strategy was don’t take a risk, and I went for it. I could overtake Jack Young at the start, and then okay I started [battling] a little bit with Gavrilov. But I understood when racing for [second] he was too much of a risk with me, and in the end I can overtake and then I put all that I can [to get away from him] and we were alright for the victory.”

The second win of the season for Girolami puts him 61 points clear of the absent Coronel.

“Obviously it was a shame for Tom and for the team, for the loss of points for the teams championship, but okay it’s like this that Tom is a professional and had a race in the World Touring Car Cup, and I took the opportunity to score big points,” said Girolami.

The Norisring weekend was TCR Europe’s first ever on a street circuit, and Girolami was asked if he would like to see the track on the calendar for 2023.

“Yeah, for sure! I would like it because we had a very, very strong car for here, and also it’s impressive with the people. the atmosphere that you can feel. So for me it was amazing to drive here,” said Girolami.