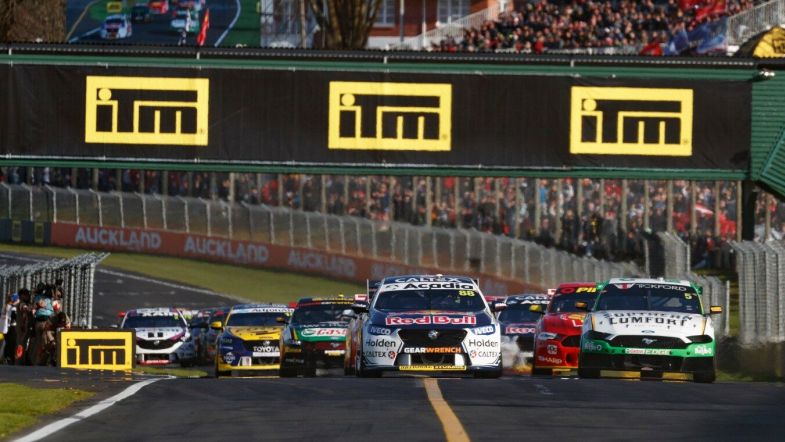 The 2022 season will mark the final time that Supercars will compete at Pukekohe Park after circuit owner Auckland Thoroughbred Racing announced that motorsport activities at the venue will end early next year.

The ITM Auckland SuperSprint in September will be the first Supercars event at the circuit since 2019 after the races in both 2020 and 2021 were canned as a result of the pandemic, but will also now mark the swansong for a circuit that first featured on the schedule back in 2001.

Racing at Pukekohe will end in April 2023, with redevelopment work planned as the circuit focuses solely on horse racing – with the circuit running around the outside of the race course.

“We can appreciate today’s announcement will be big news for many,” ATR chief executive officer Paul Wilcox. “Motorsport has undoubtedly had a strong association with Pukekohe Park, becoming synonymous with our racecourse since the first-time cars and bikes raced on it in 1962.

“However, our purpose is to facilitate thoroughbred racing at our Auckland venues with our vision being to provide a sustainable future for our sport in New Zealand.

“We see a need to increase the training density in the region and have identified our site at Pukekohe Park as being an ideal location for that.

“As a result, we are developing plans to build additional stabling facilities at the racecourse to accommodate an increased horse population.

“Unfortunately, however, it is not conducive to have both motorsport activities and an increased numbers of horses stabled on site, hence our decision not to renew Pukekohe Motorsport’s lease with us from April 2023.”

Gary Stirling, managing director of Pukekohe Motorsport, admitted his disappointment at news that motorsport was to end at the venue.

“This will be a loss for the motorsport fraternity and also a game changer for motorsport in New Zealand,” he said. “Pukekohe has been the start of many great careers that have put New Zealand on the world stage and dominated the pinnacle of world motorsport.

“Although I am unhappy to be losing use of the park; I understand ATR’s future plans and respect their decision for them to grow their business.

“Hearing their plans, it was clear to see that motorsport just could not function at the park in conjunction with the Club’s future plans. The next nine months will be busy for us and I am sure we can all add to the history prior to the last chequered flag.”

Supercars is now exploring options for the 2023 season in order to continue competing on New Zealand soil.