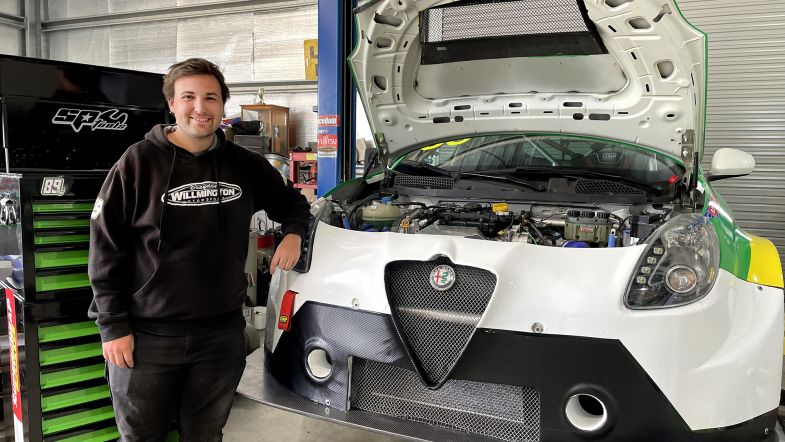 Braydan Willmington will miss the latest round of the TCR Australia season at Queensland Raceway after running into budget problems.

The privateer Alfa Romeo racer had enjoyed a strong run in the previous event at Sydney having struggled for sponsorship throughout the campaign to date.

“It’s a shame,” he said. “I really wanted to get to Queensland Raceway, but there was no feasible way I could do it.

“While I’ve had some great support from a few minor backers with product and other bits, the reality is that I have no sponsors and I’ve been funding it alone. It has been difficult.

“The whole season, I’ve been going round to round, struggling to get there. I’ve managed to make it work up to Sydney, but with a few things that happened in Sydney like the turbo issues and damage, we’ve had to make this call.

“I reckon I’ve made more than 300 phone calls to companies, but I just haven’t been able to find the right partners to join us. It has been a struggle, but I’m not giving up.”

Willmington will look to return to action for the final two rounds of the campaign at Sandown and Bathurst.

“I want to be at Sandown and Bathurst,” he said. “Whether we can get the money to do it or not, that’s another question. I really wanted to be at Queensland too, but it was just impossible.

“It’s gutting to not be there when I had my most competitive run at the last round in Sydney. I was passing cars, but got drilled. I reckon we would have been better again, and we have still done no testing, but the budget does not allow for anything at the moment.”