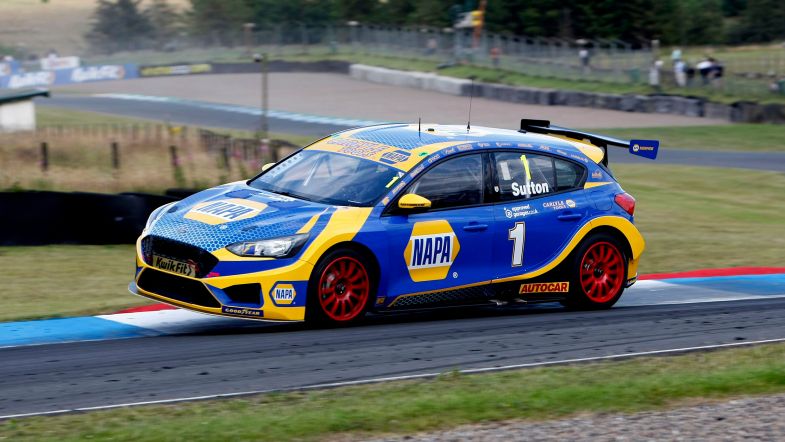 Ash Sutton admitted he was delighted to get in amongst the rear-wheel drive cars and secure a place on the front row of the grid for the latest rounds of the BTCC season at Knockhill.

Sutton’s Motorbase-run Ford Focus was the only front-wheel drive car to qualify inside the top six alongside the five BMW 330e M Sports being run by West Surrey Racing and Ciceley Motorsport.

The defending champion’s fastest lap would come mid-way through the session and was two-tenths of a second down on the best posted by Jake Hill, with Sutton admitting he was pleased to have been able to take the fight to the BMWs in the session.

“The pace was there to maybe challenge a bit more but I played it safe to avoid track limits,” he said.

“In the last five minutes after the red flag, I wanted to really push but there is a risk in doing that that you could push too hard, throw it off and cause a red flag – which would then lose you your best time.

“The team did a lot of work at the test during the summer, and we have come here and turned in a good result to reward the boys and girls for their effort. If you look at the rest of the top six, they are all rear wheel drive cars – so we did a good job.”