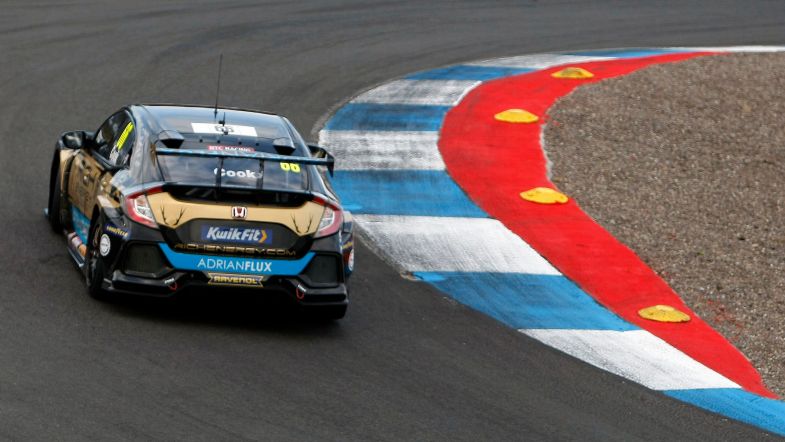 Josh Cook: “We risk having to write the season off”

Josh Cook has admitted that his BTC Racing team could be ‘writing the season off’ if it doesn’t get help to deal with its current straight line speed issues.

Cook, who sits second in the standings heading into the Knockhill weekend, could only qualify in 14th place on the grid for the opening race to leave him six spots behind title rival Tom Ingram.

That was despite the fact that Cook was carrying a small amount of additional hybrid power into the weekend, whereas Ingram had none as championship leader.

Aside from the mixed conditions in FP1, Cook’s Honda Civic Type R was towards the bottom of the speed traps and he admitted that something needed to change if the team was to keep its title challenge on track.

“The chassis feels pretty good, but the straight line speed isn’t great,” he said. “Some cars found six tenths of a second in qualifying and although we did a new tyre run, we didn’t have the luxury of turning the engine up.

“It’s frustrating with all the effort, the money and the time that people have put in during the break to try and get more from what we have. We need a helping hand very quickly, or we’ll be writing the season off.”

Cook has managed to salvage podium finishes from the reverse grid in the last two meetings but he admitted that he expected a tough time on race day in Scotland.

“We’re as good [as the others] on a Sunday, but we don’t have success ballast or different tyres to help us make up ground,” he said. “It’s going to be a tough day.”