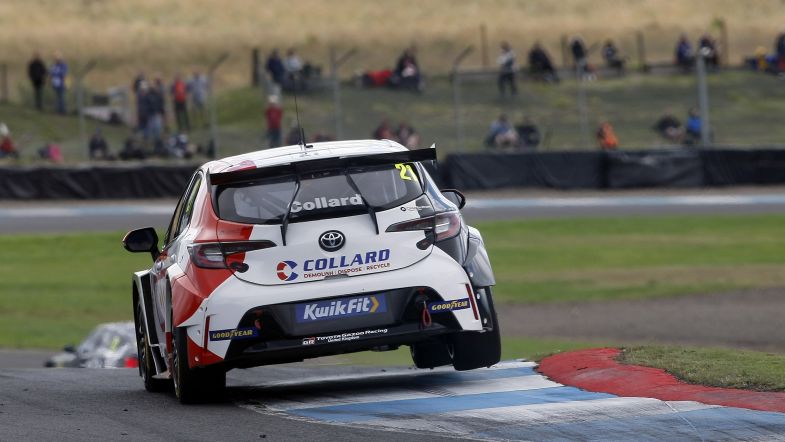 Ricky Collard moved to the top of the times in the second free practice session ahead of the BTCC’s resumption at Knockhill.

The Speedworks driver set the fastest time of the weekend to date at the wheel of his Toyota Corolla to edge out the BMW of Jake Hill, with the WSR driver having spent a large chunk of the session at the front.

Collard’s best lap would ultimately be just 0.010s quicker than Hill was able to manage, with Adam Morgan’s similar BMW slotting into third.

Former points leader Josh Cook took fourth in his BTC Racing Honda, with the top four drivers within a tenth of a second of Collard’s benchmark.

Colin Turkington and Stephen Jelley followed behind to put all three WSR entries inside the top six, with Dan Rowbottom and George Gamble rounding out the top eight.

Points leader Tom Ingram was back in 21st place having been forced to sit out three minutes late after a black flag for track limits.