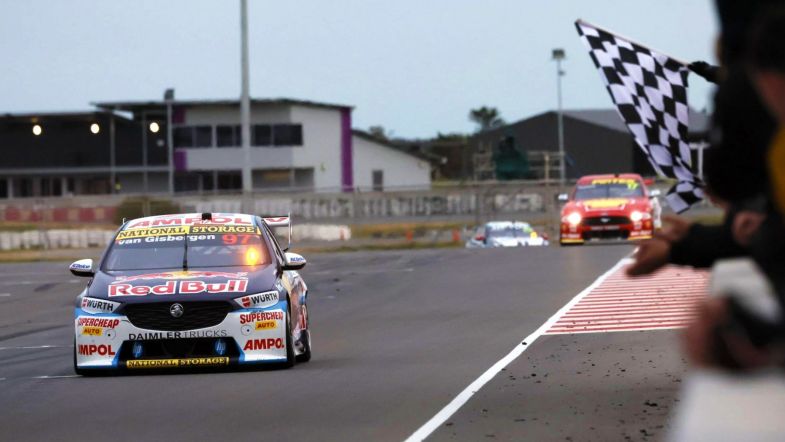 Shane van Gisbergen takes another commanding win at The Bend

Shane van Gisbergen claimed yet another commanding victory as the Supercars Championship field completed the first of three races at The Bend.

Wild card driver Zak Best had shocked the field earlier by claiming the pole position and headed the field as the lights went out.

Tickford Racing team-mate Cameron Waters had gotten the jump on van Gisbergen at the start and was running second initially.

But he was unable to withstand the pressure from van Gisbergen who made his way past on lap seven.

The Triple Eight driver then passed Best for the lead four laps later.

Ford Mustang driver Will Davison managed to climb to second place thanks to an early pit stop, with Chaz Mostert completing the podium after passing Waters for third place on lap 17.

Waters had to settle for fourth while the impressive wild card Best finished fifth ahead of Brodie Kostecki.