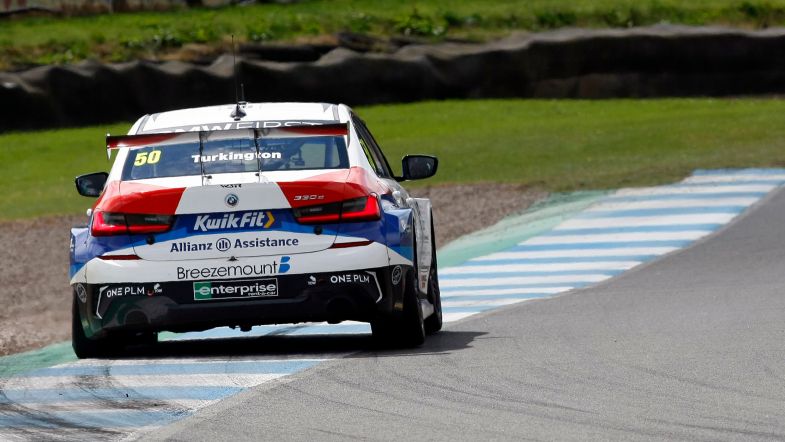 Colin Turkington moved to the head of the BTCC standings for the first time this season, despite being unable to make it onto the top step of the podium at Knockhill.

Whilst WSR team-mate Jake Hill was able to fight his way to a second win of the campaign in the opening race, Turkington had to settle for a brace of third place finishes as his best results of the weekend – with the Northern Irishman then adding a fourth place in race three.

The strong points earned on race day however would be good enough to see Turkington to move into top spot in the title race, with a contact-induced twelfth place for Tom Ingram in the weekend finale seeing him slip to second spot.

“It’s been a really solid weekend for points,” Turkington said. “Two podiums and a fourth place make a really good score on a day when I didn’t really have that last little bit of pace that you need to win.

“The racing was hard and inside the car it was very hot, but we had great reliability and good teamwork between myself and Jake and that’s maximised what we could achieve team-wise.

“Leading the championship is obviously a good thing, though it does mean I have to start the Snetterton weekend with no hybrid. I’d much rather be leading at the end of Brands Hatch in October, but it’s a strong position to be in.”