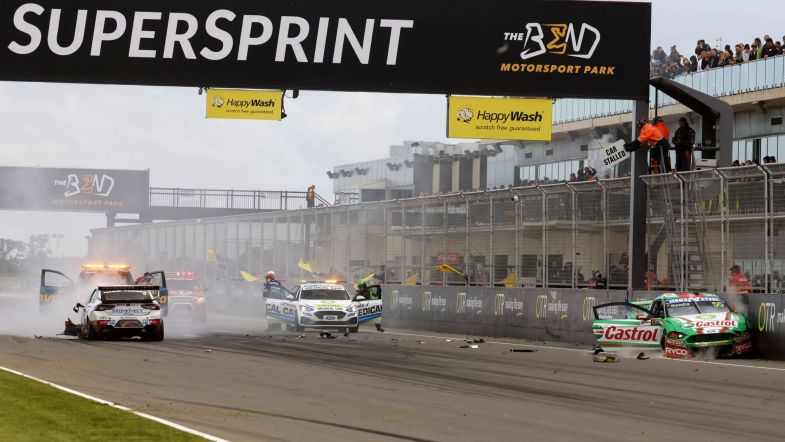 Shane van Gisbergen crossed the finish line first in the second Supercars Championship race at The Bend, a race that was red flagged following a major start crash between Thomas Randle and Andre Heimgartner.

Randle started from the front row but stalled as the lights went out.

The field took evasive action, but there was not enough time for Heimgartner to react, smashing his Holden Commodore into the back of the stationary Ford Mustang, also collecting Nick Percat on the way.

All three drivers escaped the incident without injuries while their cars sustained heavy damage.

The race was restarted, with Chaz Mostert shooting into the lead from third on the grid ahead of pole sitter Cameron Waters.

Triple Eight driver van Gisbergen opted for a late pit stop strategy and rejoined the track in the lead.

James Courtney claimed the final podium finish for Tickford Racing, having been in second position earlier in the race, only to drop behind van Gisbergen and Mostert after an early pit stop.