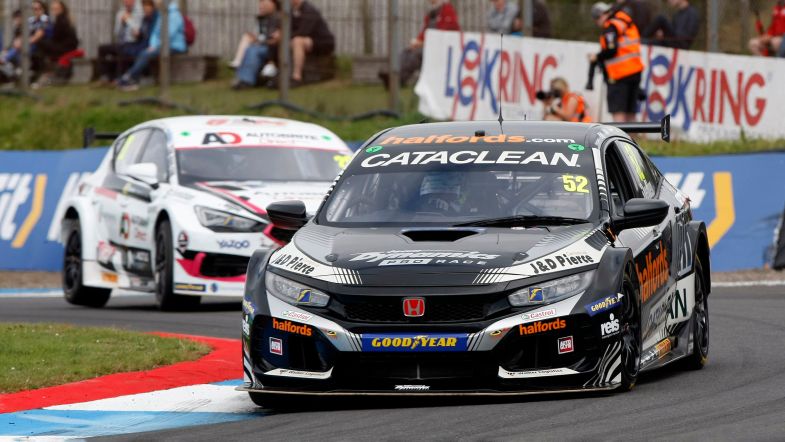 Matt Neal says he feels that motorsport is increasingly becoming a ‘qualifying formula’, with the British Touring Car Championship being no exception.

The former champion was speaking following the latest rounds of the BTCC season at Knockhill, where Team Dynamics duo Dan Rowbottom and Gordon Shedden were amongst the drivers to end Saturday sitting outside the top ten.

Rowbottom had to settle for eleventh on the grid but would finish no higher than 13th in three races after contact on the opening lap of race one caused exhaust damage that dropped him to the back of the field.

Shedden meanwhile started from 13th for the opening race and managed a best result of fifth, with Neal admitting that it was largely the results of qualifying that had decided how race day would pan out for the pair.

“It’s a strong champinshop at the moment and I think one of my main criticisms of modern day motorsport – and that includes the BTCC, exceptionally so – is that it is almost a qualifying formula now,” he said.

“You have top qualify well as the racing is so close and the grid is so competitive that if you are down the order on a Saturday, it’s a long Sunday.

“We had a tough qualifying session at Knockhill and were mid-pack, but our race pace was brilliant with both cars. We had some rotten luck that affected the end results, but we picked up some solid points and we move to Snetterton.”