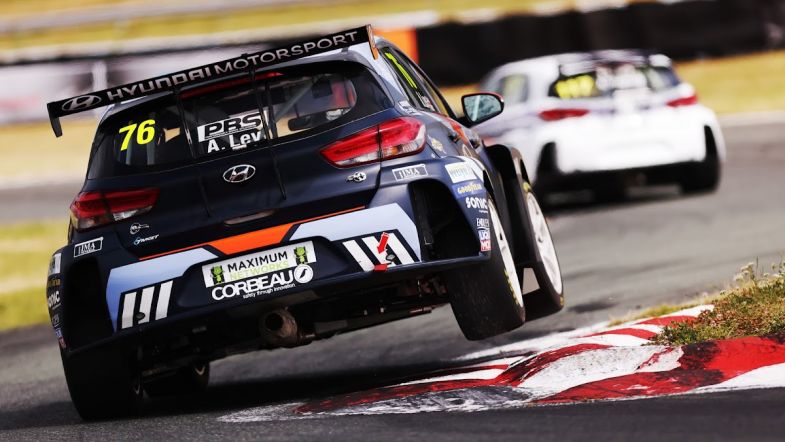 Matthew Wilson started from pole position ahead of Constable, but it was Daniel James Motorsport driver Ley who made the best start to take the lead from third on the grid.

The top five cars were close in the first part of the race, with Power Maxed Racing driver Constable able to snatch the lead from Ley on lap 15.

Hyundai driver Ley had to defend from Matthew Wilson instead who was able to get up into second place five laps later.

Constable crossed the finishing line first, but was handed a ten-second penalty for jumping the start.

Wilson was second at the chequered flag but was also handed a penalty, five seconds for exceeding track limits, dropping him to eighth position.

This promoted Ley to victory ahead of Bruce Winfield, who initially was handed penalties for both jumping the start and exceeding track limits, penalties that later were rescinded.

Honda driver Chris Smiley drove a strong race from the back of the grid to cross the finishing line in fourth behind penalised Cupra driver Constable.

The next TCR UK race takes place at Donington Park on August 28-29.