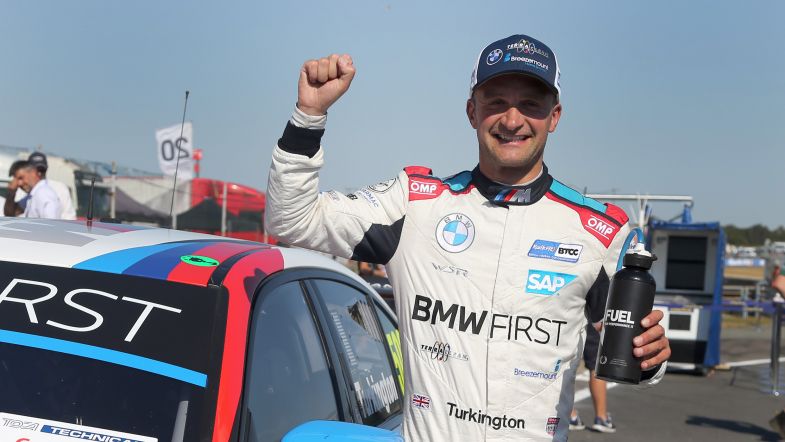 Colin Turkington grabbed his third pole position of the 2022 BTCC season after edging out WSR team-mate Jake Hill in qualifying at Snetterton.

In a challenging half-hour long session held in sweltering weather conditions at the Norfolk circuit, Turkington was involved in the fight for pole throughout although it looked like it would be Hill who grabbed top spot as he headed the pack going into the closing stages.

Hill was on for a faster lap before getting caught up behind the Cupra of Nicolas Hamilton in the final sector, which provided Turkington with the chance he needed to nip ahead.

Running behind the ROKiT-backed car, Turkington went 0.065s quicker to grab his third pole of the season ahead of a race day where he will start his 500th BTCC race.

Stephen Jelley took third spot as WSR locked out the front three places on the grid, with Tom Ingram the leading front-wheel drive runner in third spot in the EXCELR8 Hyundai – which had topped the times in practice.

Ingram was the only non-BMW in the top five with Adam Morgan just behind, whilst Jason Plato hauled his Honda Civic into a fine sixth spot – marking the most competitive showing for the car so far this weekend.

Dan Rowbottom took seventh spot ahead of Dan Cammish, with the top ten rounded out by Tom Chilton and Ricky Collard.

Ash Sutton will start from eleventh spot with a number of fancied runners facing a long day ahead on Sunday.

Josh Cook could only manage 22nd place on the grid as his recent woes continued, with Rory Butcher back in 26th spot.