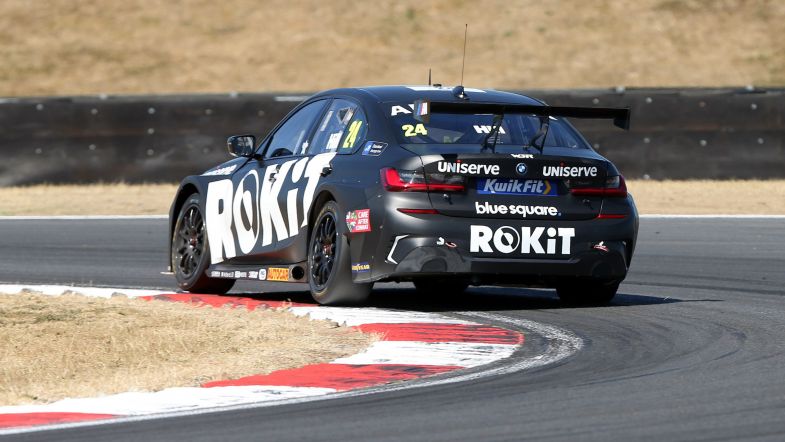 Jake Hill on top in second practice at sweltering Snetterton

Jake Hill topped the times in second free practice ahead of the seventh meeting of the BTCC season as temperatures continued to rise at Snetterton.

Track temperatures were some ten degrees higher than in FP1, which resulted in the lap times being noticeably slower than they had been earlier in the day when Tom Ingram headed FP1.

Hill’s time of 1:56.741 saw him edge Ingram off the top by a tenth of a second, with Stephen Jelley and Dan Lloyd behind as the BMW and Hyundai cars continued to set the pace.

Dan Rowbottom put his Honda Civic into fifth spot ahead of Ash Hand’s Vauxhall – with the pair producing a much more competitive showing than they had in the morning session – with Jason Plato also putting in the strongest showing of the day so far to go seventh.