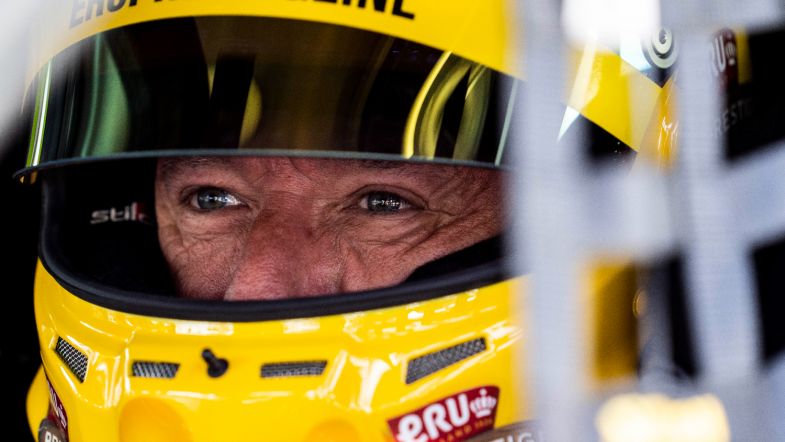 Tom Coronel says he has to maximise the number of points he can score at the Nürburgring this weekend as he seeks to make up lost ground in TCR Europe.

A clashing World Touring Car Cup fixture with Comtoyou Racing meant Coronel missed TCR Europe’s trip to the Norisring in July and dropped from second to fifth in the standings.

He now trails team-mate and championship leader Franco Girolami by 101 points, with 96 available to score at each round.

After going fastest in second practice at the Nürburgring in his Audi RS 3 LMS, Coronel spoke to TouringCarTimes.

“Feels good. I did a long run, then after I tried the fresh tyres, the car feels good,” he said.

“It’s one of those weekends where I have to score, I have to make as much points as possible because I lost of course a lot of points because I didn’t do the Norisring races.

“I’m pushing, I would like to be at least top three in the championship, where I should belong. It’s just because of the clash in schedules I lost a little bit there.

“The car feels good, there’s a lot of dust on the track in turns six and seven [in the second practice], it was completely ridiculous, it looked very stupid.”

With so much surface debris quickly making its way onto tyres, many drivers were pitting to change their rubber after an outlap or a single flyer.

“That’s because you still want to see what it does with fresh tyres [that are not dirty], and for me it was okay,” Coronel said. “On the long run I was already doing a 1:35.4 [with fresh rubber]”.

There is set to be one more round of WTCR this year, but its date and location is yet to be determined and therefore it is unclear if there will be another clash in Coronel’s racing schedule in 2022.