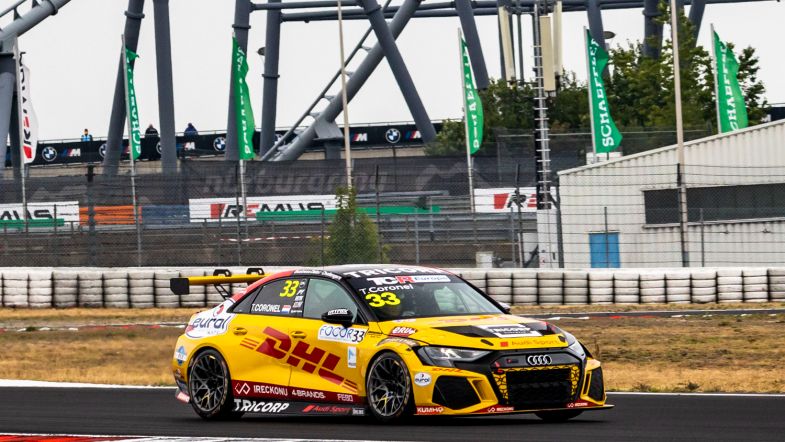 The fastest laps from practice will be used to set the TCR Europe grids at the Nürburgring following the cancellation of qualifying, provisionally putting Tom Coronel and Josh Files on pole for the two races.

Heavy fog at the circuit led to all track activity on Saturday morning being called off, and there were meetings that took place to discuss how the grid orders would be determined as there was no line in the series’ sporting regulations on what to do if qualifying does not take place.

It came down to two options: to use the results from practice or to use the current championship standings. A consensus was reached to choose the former, with no points awarded for pole position.

Combining the two practice sessions, it was Comtoyou Racing’s Coronel who was fastest overall in his Audi RS 3 LMS as he set the pace in practice two.

Target Competition’s Nicola Baldan will join him on the race one front row having been fastest in practice one, with the Hyundai Elantra N driver’s session-topping lap just 0.044 seconds slower than Coronel’s later benchmark.

Halder Motorsport’s Jack Young will start third, then points leader Franco Girolami is fourth in the second of Comtoyou’s cars.

The top 10 from the race one grid is flipped to form the front of the race two grid, prior to penalties being applied, and means Target’s Files gets pole for Sunday’s race ahead of Janik Motorsport’s Mat’o Homola.