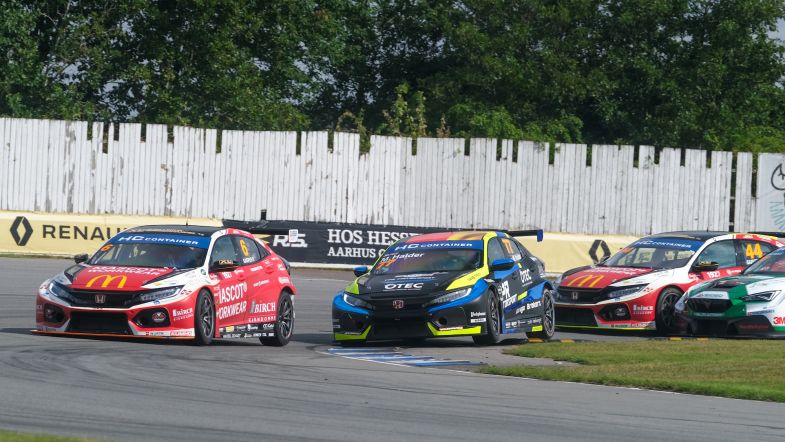 Mike Halder claimed two wins from the TCR Denmark weekend at Jyllandsringen and has closed the gap to points leader Kasper Jensen who was disqualified from the first race.

Jensen was first into Turn 1, but Halder got a better exit at Turn 2 and snatched the lead as Jensen came under fire from Cupra driver Nicolai Sylvest.

Sylvest was able to squeeze past Jensen at Turn 3 and it was after that everything went wrong for Jensen.

The Honda driver went hard into the back of Sylvest coming into Turn 6, resulting in a big slide for Sylvest while Jensen slowed down and pitted due to the damage sustained from the contact. Sylvest was able to continue, albeit with smoke coming out of the damaged rear part of the car.

Jensen was later disqualified from the race, although he had already retired to the pits, as he left the pit lane before the end of the race time.

The safety car was issued on the second lap after Steffen Larsen and Michael Carlsen stopped on track following contact between the two.

The race resumed with six minutes left, but without any major changes for the remainder of the race. Halder won the race ahead of Jensen’s team-mate Gustav Birch and Mikael Markussen. Sylvest recovered to finish fourth ahead of Alfa Romeo driver Jacob Mathiassen. 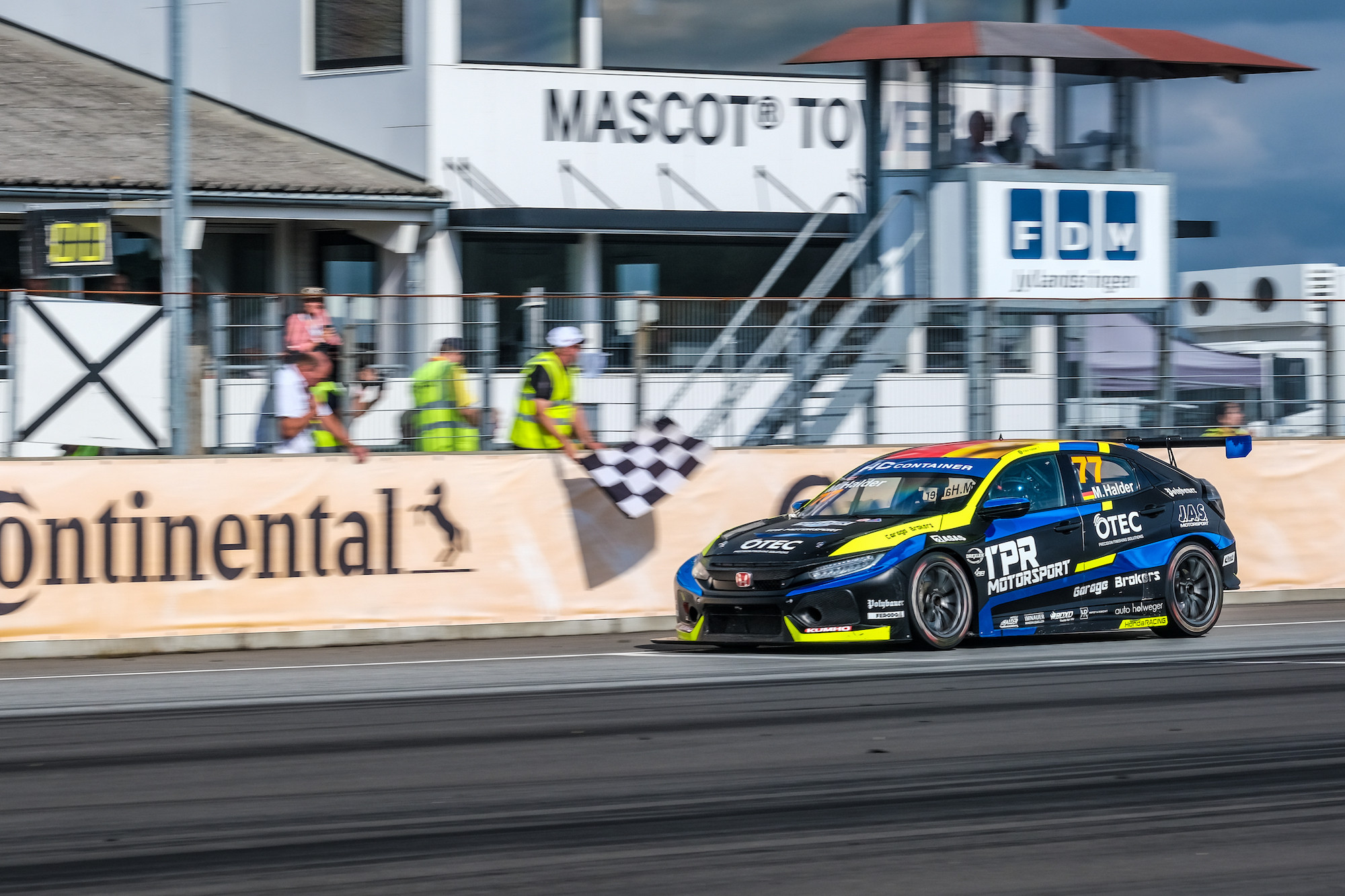 The second race saw Lars Højris Nielsen starting from pole ahead of Allan Kristensen, while Halder started from tenth and Jensen from the very back of the grid with his repaired Honda Civic Type R TCR.

Højris Nielsen claimed the lead, but was soon passed by Hyundai driver Philip Lindberg and Sylvest.

Sylvest continued to charge through to take the lead from Lindberg on the second lap.

Halder was making quick progress up through the field meanwhile and claimed second place eight minutes into the race.

Jensen was also on a charge, but had another setback as he was penalised with a penalty round for hitting a competitor, dropping him from sixth to eight.

The Honda driver continued his charge after that, making his way up to finish a strong fourth from 17th on the grid.

Sylvest had an easy race at the front as Halder was unable to close the gap. Lindberg defended hard to claim the last podium spot while Jensen managed to squeeze past Bach on the very last lap for fourth position. 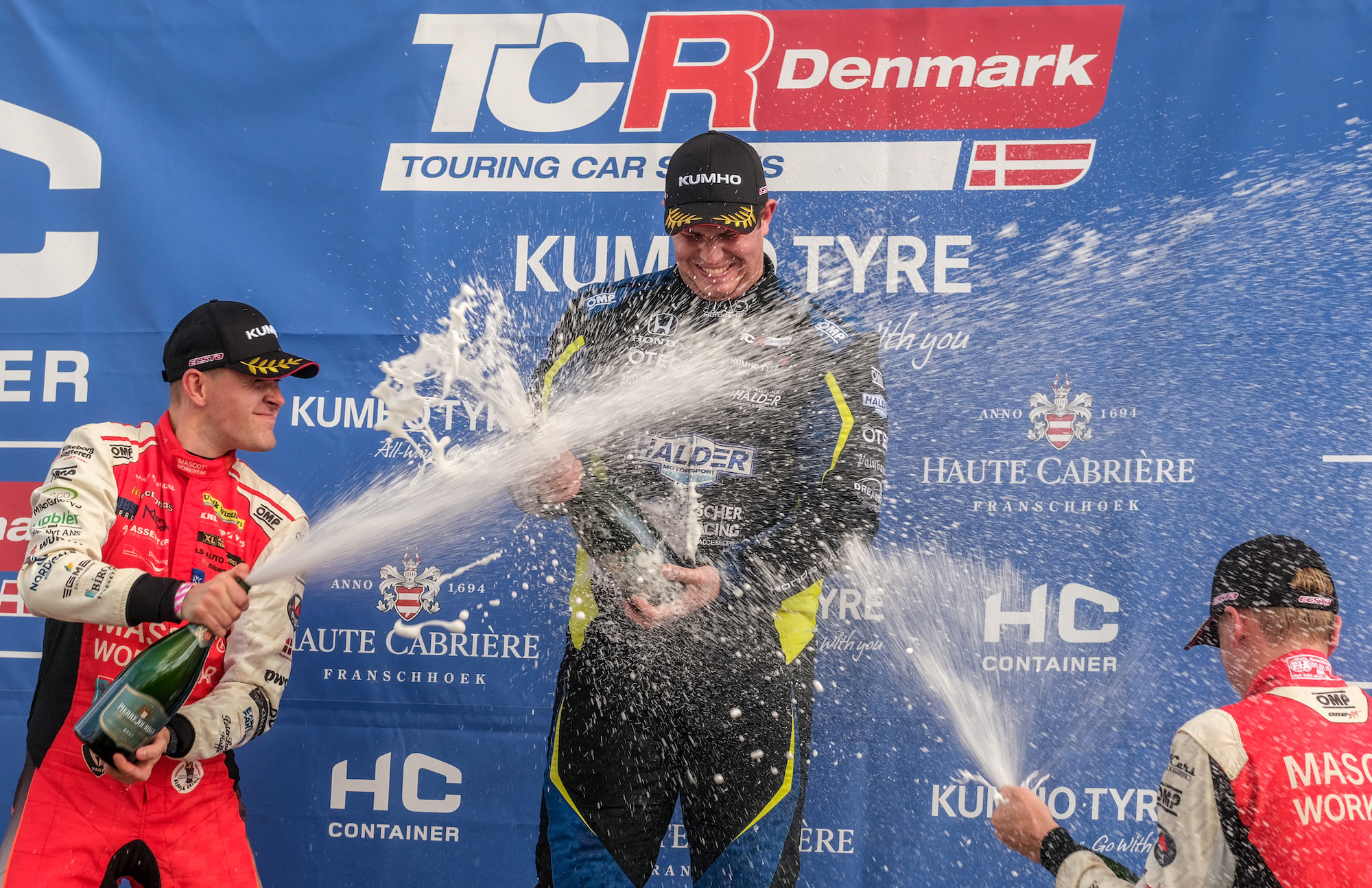 TPR Motorsport driver Halder started from pole position in the third and final race ahead of Sylvest and Birch, while Jensen started eighth.

Halder kept the lead as the lights went out, with Birch making a strong start to snatch second place from Sylvest.

Jensen was, just as in Race 2, on a charge early on and made his way past Sylvest for third place on the second lap.

Jensen’s team-mate Birch then let him past for second place with seven minutes left of the race.

But Jensen was not able to catch up with Halder who claimed his second win of the weekend to close the gap in the standings to just three points ahead of the final two race weekends.

The next TCR Denmark race takes place at Padborg Park on September 10.