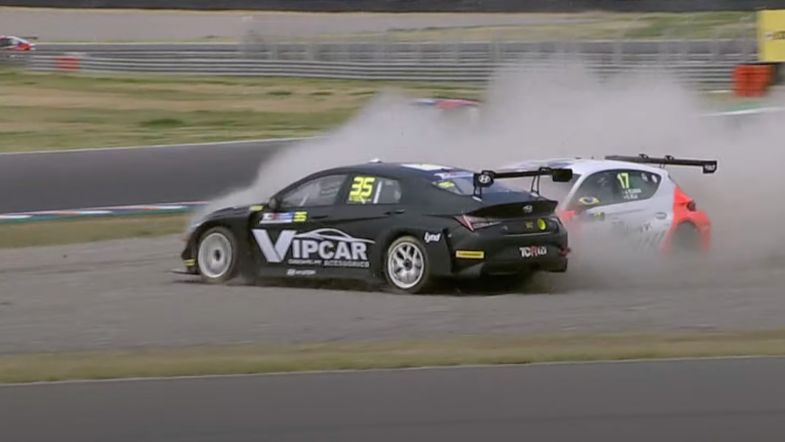 The duo were fighting for second place of the one hour race, swapping position several times during the last five minutes.

Feldmann went into the rear-right of Azcona at high speed, continuing to push the Hyundai driver infront of his Cupra over the gravel trap.

“I really don’t understand, it was crazy,” said Azcona in the post-race TV-interview.

“I thought he wanted to kill me, he was going on the gravel and accelerating completely, I thought we would flip over. I don’t understand it, because I left him all the space on the inside. At the previous corner I already saw that we had a contact and, on the following corner, I left him two-car spaces to give him the position back, and all I got was a very hard hit, so I don’t understand it. For me the move is very clear.”

The duo crossed the finishing line in second and third position respectively.