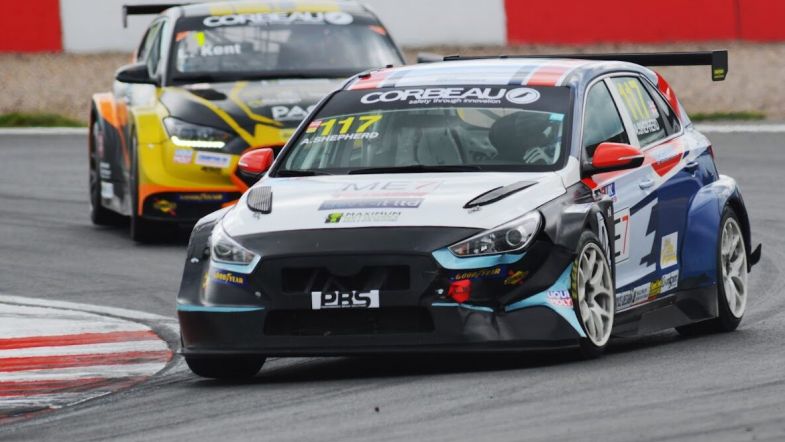 Smiley led the way initially but was then beaten by Bruce Winfield’s Cupra, only for Winfield to be usurped by Shepherd’s time of 1:10.190.

The only significant mishap in the early going was a brief moment for Jamie Tonks, who locked up at Redgate and took his Cupra for a harmless excursion into the gravel trap.

Jamsport Racing’s Max Hart then improved to second behind Shepherd as Winfield dropped to fourth behind Smiley.

Smiley’s Honda Civic Type-R was the fastest car in the middle sector and the Northern Irishman leapt back to the top of the pile before being immediately beaten by Shepherd’s subsequent improvement.

The Hyundai driver established an advantage of just over a tenth, but this increased to the final margin of 0.219 as Smiley’s best time was deleted for a track limits infringement.

Hart clung on to remain third until the end of the session, one place ahead of Alex Ley, while Jac Constable was the highest-placed Cupra in fifth.

Winfield and Tonks followed in their Cupras, while Smith was left to rue a lowly eighth place.

After a quiet start to the session, Bradley Kent managed to set the ninth-quickest time in his Essex and Kent Hyundai Veloster, having run as low as 20th early on.

Callum Newsham rounded out the top 10 in his Cupra, while the other Kent, Lewis was only 13th.

Race 1 at Donington Park is scheduled to take place 13:35 BST.