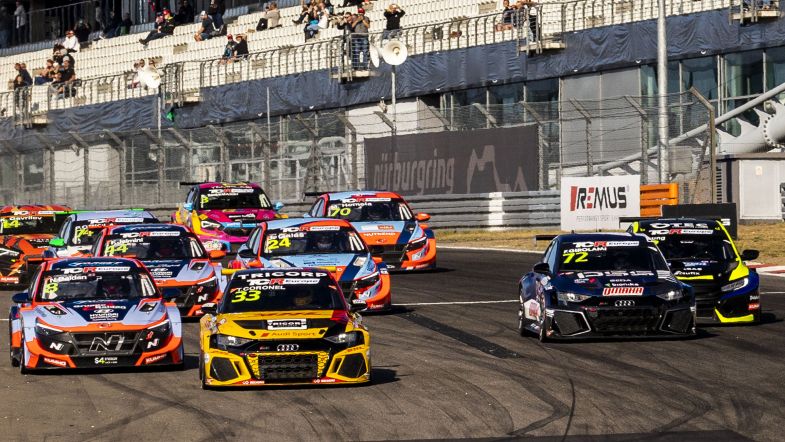 The pair are 91 points apart ahead of the final two rounds, with 96 points available to score in each of those events at Monza and Barcelona.

The majority of the gap built up by Girolami came from the 70 points he scored for finishing third and first in the two races at the Norisring, where Coronel was not present due to a clashing World Touring Car Cup fixture.

Coronel outscored Girolami by 19 points across the Paul Ricard and Nürburgring rounds, but Girolami took a bigger haul from the Algarve and Spa-Francorchamps events and has gained more additional points this year from qualifying than his team-mate.

“There’s only way [I can be champion], he needs to retire,” Coronel said to TouringCarTimes of the gap to Girolami, which reduced by 10 points after the pair finished first and third in the sole Nürburgring race as qualifying and race two were cancelled in a weather-disrupted schedule.

In WTCR, where Coronel is also run by Comtoyou in an Audi RS 3 LMS, there is set to be one more round although its date and location is yet to be determined. The Comtoyou team told TouringCarTimes an update on that matter is anticipated following an FIA meeting early in September.

Coronel is currently 14th in the in WTCR, with the possibility of climbing into the top 10 should the eighth and final round go ahead. With four races remaining in TCR Europe, mathematically there are still 13 contenders for the title and Coronel lies third in the standings behind Girolami and Target Competition’s Josh Files.