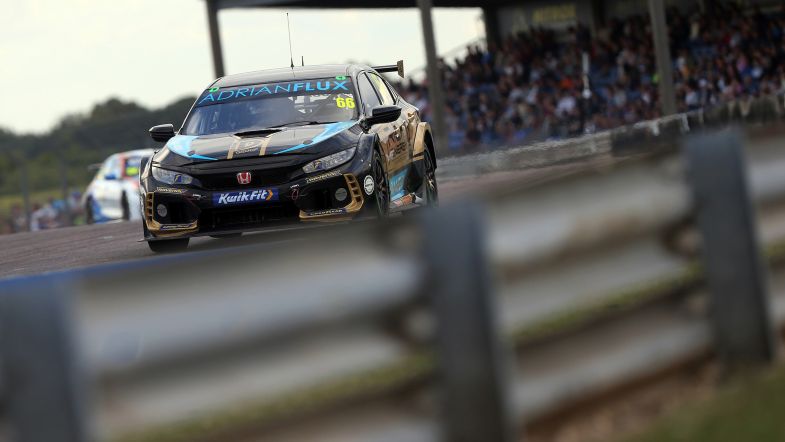 Josh Cook admitted he was delighted to add to his impressive Thruxton record with another victory at the quickest circuit on the BTCC calendar.

Having qualified on the front row of the grid, Cook found himself in the wars at the start of the opening race when contact with Ash Sutton saw him run off track on the exit of the complex and drop down the order, eventually taking the flag back in 13th place.

Making the most of the pace in the BTC Racing Honda, Cook fought his way forwards to eighth in the second race which left him on the second row for the reverse grid finale.

Quickly getting up into third spot, Cook then fought his way ahead of the two WSR-run BMWs of Colin Turkington and Stephen Jelley and would ultimately be comfortable at the front as he took his fifth win of the campaign.

It was also a record-extending tenth Thruxton win, with Cook admitted his Civic Type R had been better than ever before.

“We had a tough day and it’s been a tough few months,” he said. “We know we have a good car at Thruxton and in race three, it was probably the best we’ve had. There was hardly any tyre degradation and from the very first lap right until the finish, it was just switched on – and it’s rare to nail the sweet spot like that with a car.

“It looked like being a trying weekend after race one so I’m glad we were able to salvage something from it, and credit to the team because they made it easy work for me in the final race.

“They are an incredible bunch of people, and every session, we attack it like it is the most important thing for us. No-one had been down during the hard times, and they have just knuckled down and got on with it.

“I’m glad for them that we got that result.”