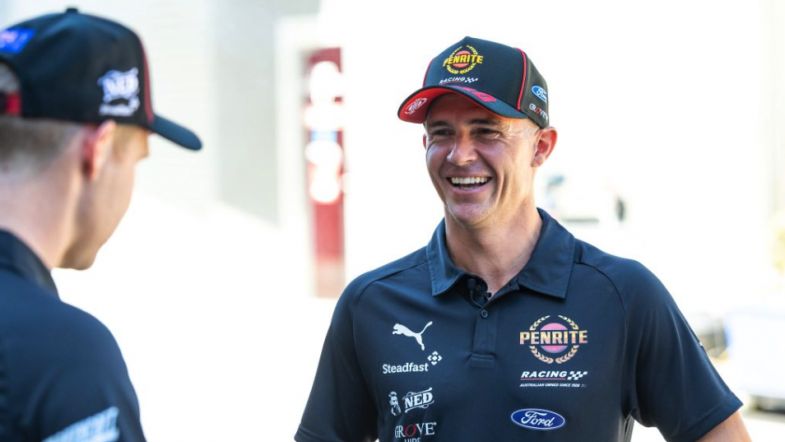 Lee Holdsworth to stand down from full-time role

Lee Holdsworth has announced that he will retire from full-time Supercars competition at the end of the season.

The 39-year-old – who rejoined the grid full time this year with Grove Racing after a winning performance at Bathurst with WAU last year – will call time on his career to spend more time with his family.

He will however attempt to remain part of the grid in a co-driver role during the 2023 endurance events.

“I will leave my full time role in the sport proud of my approach and resilience,” Holdsworth admitted. “I’m also humbled by the countless number of friends I have made along the way, on the track, off the track and away from the track.

“The 500 plus Supercars races I’ve contested have brought victories and podiums across three different manufacturers, including winning the Bathurst 1000 which was the pinnacle of my time in the sport.

“For the remainder of 2022, I am committed to delivering the best results for the team and its partners, as well as for the dedicated staff and crew who pour their hearts and souls into the team.

“Thank you to the Grove family. I’ve enjoyed contributing to and being part of the Penrite/Grove team this year. It’s not over yet!”

Grove Racing boss Stephen Grove was amongst those to pay tribute.

“Once the opportunity presented itself to have Lee in Grove Racing to help facilitate our development in 2022, we quickly moved to secure his experience,” he said.

“He’s genuinely a racer at heart and I am looking forward to him working with Matt Payne for the Bathurst 1000. I’d love to see him keep driving but understand the direction he wants to go at this stage in his life.

“His experience has been a real asset to the team this year as we continue to grow. We now want to focus on giving him the best possible package to go out on the high that he deserves in his full-time career.”