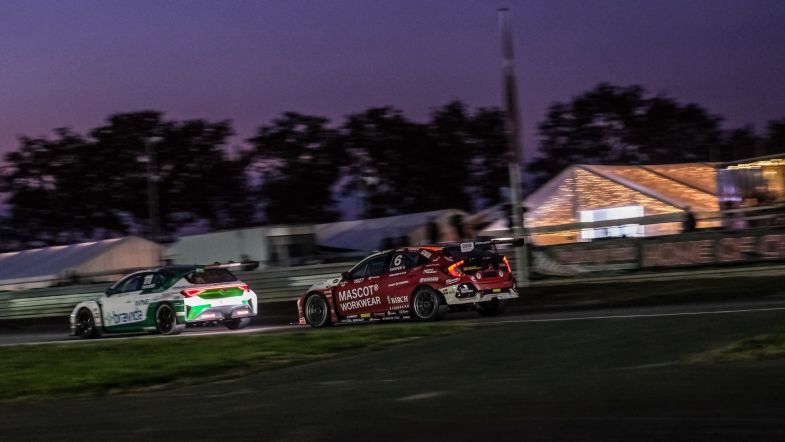 Kasper Jensen claimed an important win in the third and final TCR Denmark night race of the weekend at Padborg Park.

The Honda driver started second and slotted in behind pole sitter and Race 1 winner Nicolai Sylvest (Cupra) at the start.

Title rival Mike Halder started seventh but had made his way up to fifth before the end of the first lap.

The TPR Motorsport driver made his way up to third place with ten minutes left of the race, just as Jensen managed to pass Sylvest for the lead.

Halder then closed in on Green Development driver Sylvest, but never got close enough to seriously challenge for second place.

Jensen meanwhile had built up a comfortable lead to win the race and extend his championship lead ahead of the season finale.

Sylvest finished second, just six tenths of a second ahead of Halder.

Jensen heads the standings on 368 points while Sylvest has moved up to second on 343 points, a single point ahead of Halder who has dropped to third.

The TCR Denmark season finale will be held on October 8-9 at Jyllandsringen.